A group of organizations including The World Peace Prayer Society and the Goi Peace Foundation, supported an event in Denmark titled “Pathways to Peace and Justice.” It was held north of Copenhagen at the Gribskov Community Center in Gribskov, Denmark. 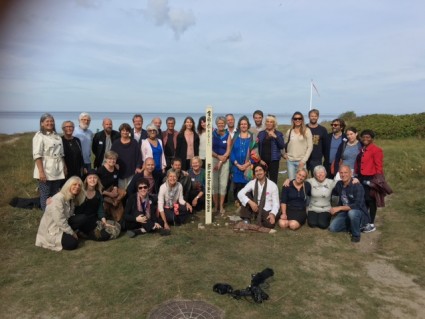 Bente Milton, an award winning film maker and Director of Club of Budapest in Scandinavia and head of Transition World (transitionworld.org), organized the two day gathering on September 21st and 22nd.  The gathering was the first of 17 events being planned over the next 4 years that highlights and educates the principles of the “Sustainable Development Goals of the United Nations.”  The event in Denmark was the very first gathering to begin discussing the SDG#16: Peace Justice and Strong Institutions.  The key theme brought forth the question : How can we work together to make it happen?

The two day event started with welcome remarks by Bente followed by an introduction of the 17Sustainable Development Goals by Alan AtKisson (atkisson.com) with several “Meshworking” dialogue groups throughout the program to discuss how to envision breakthroughs in various walks of life and society. 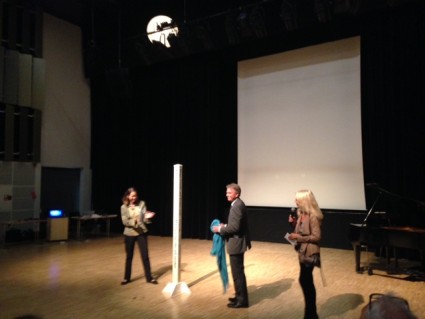 On September 21st, which marks  the International Day of Peace celebrated the world over, a Peace Pole was presented to Mayor Kim Valentin of Gilleleje followed by a powerful and high energy World Peace Flag Ceremony involving youth from MIndJuice, a school of hope, insight, great knowledge and extraordinary visions. 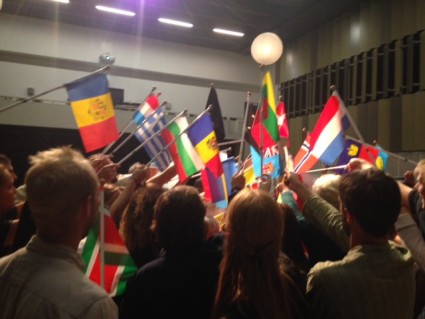 The Peace Pole was activated by all attendants and was planted the following day at the Gilleleje coast.  The location is known as a refuge point for Jews during World World II who were transiting to Sweden for safety.

It was also a spot where Danish philosopher,  Soren Kierkegaard, theologian, poet, social critic and religious author took meditative walks. In late 19th century, he wrote the following tribute poem about the area ——Gilbjerget will forever be one of my favorite locations… here I have seen, so to speak, the world’s emergence.

It is a truly befitting location for a Peace Pole.

May Peace be in Denmark
May Peace Prevail On Earth