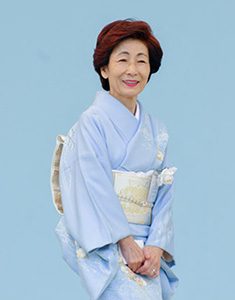 Mrs. Masami Saionji, born in Tokyo, Japan, is a descendant of the Royal Rykyu Family of Okinawa*. She was educated at the prestigious Gakushuin School in Tokyo and went abroad to the United States to study English language at Michigan State and Stanford Universities. Mrs. Saionji's love for traditional arts led her to become Master (Shihan) of Japanese Classical Dance where-in she taught students for more than ten years.

In her teens, Masami Saionji met Masahisa Goi, author of the Universal Message and Prayer, May Peace Prevail On Earth and founder of the international movement of world peace through prayer. She became a devout student of Founder Goi's philosophies and was soon adopted by him as his daughter and successor.

After the Passing of passing of Masahisa Goi in 1983, Mrs. Saionji took leadership over the movement of world peace through prayer and became Chairperson of The World Peace Prayer Society.

Mrs. Saionji has dedicated her life to the attainment and awakening of global consciousness for personal as well as planetary peace. She is regarded as a leader in the human potential movement and is highly respected as a spiritual teacher both in Japan and throughout the world. She travels extensively on speaking tours and has led peace ceremonies on every continent and in major cities around the world. She has touched thousands of peoples' lives through her guidance and inspiration.

Mrs. Saionji also serves as Chairperson of The Goi Peace Foundation, The Byakko Shinko Kai and is an honorary member of The Club of Budapest, and the World Wisdom Council.

*Ryukyu Family: The dynasty that ruled Okinawa Island, from the 15th century 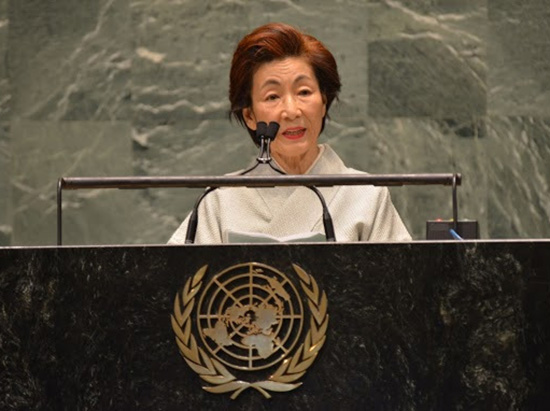 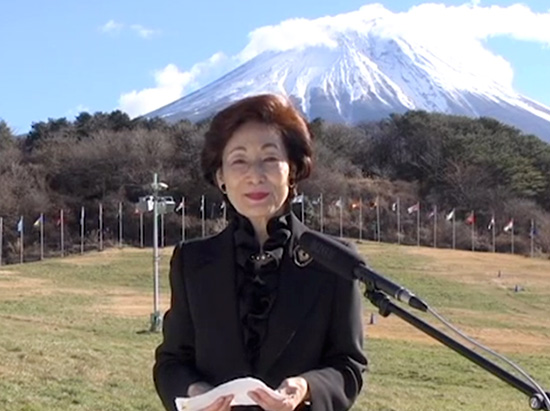 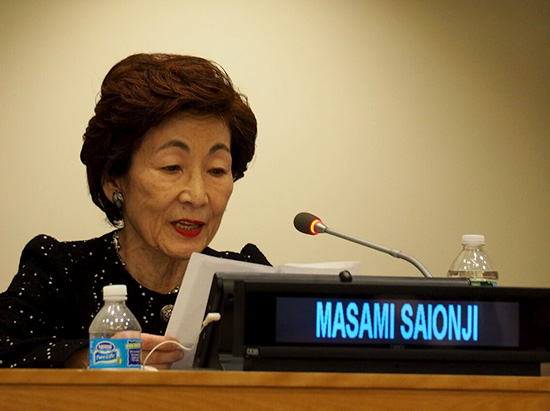 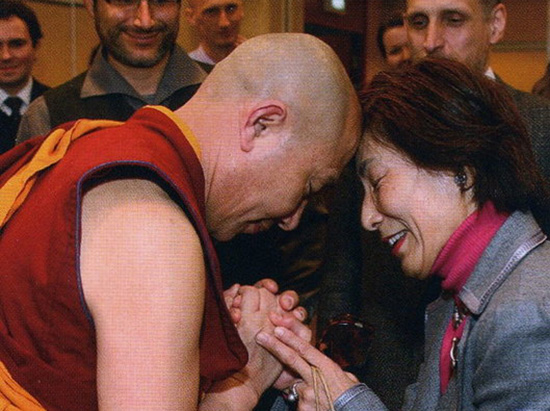 Words of the Chairperson

I truly believe, and so did Founder Masahisa Goi, that the Universal Message and Prayer, May Peace Prevail On Earth, carries an energy field which enlightens the memory of our original blue print - to allow us to tap into the flow of the Universal Source - to access that divine space where only infinite wisdom exists - infinite forgiveness exists - infinite harmony exists.

May Peace Prevail On Earth plugs us into the force field of transcendence where there are no boundaries in our love for humanity. May Peace Prevail On Earth breaks open the walls of resistance to promote healing and forgiveness - and inspires us to find hope in the challenging world we live in - the steadfast hope in knowing that everything occurs in the process of manifesting humanity back to its true essence.

May Peace Prevail On Earth reaches the inner sanctuary of the heart allowing humanity to embrace our Oneness - our Humanity - our Divinity.

It is my hope that we will all continue to spread this Universal Message and Prayer, May Peace Prevail On Earth, far and wide to assist humanity in remembering our true mission - as stewards and peace keepers on earth.