The World Peace Prayer Society (WPPS) members in Kansai region including Osaka, Kyoto and Hiroshima had the third World Peace Prayer Ceremony at Iwashimizu Hachimangu (shrine) that are one of the most prestigious location in Japan.  The shrine has a deep connection with royal family in historically and its chief of priest Rev. Tsunekiyo Tanaka is the chairperson of the All Japan Shinto Shrine Association.(one of the highest shrines in Japan).

The day was also featured as interfaith peace prayer event by participation of representatives of the highest Shinto Shrine, Buddhist temple, and Catholic Church as follows: 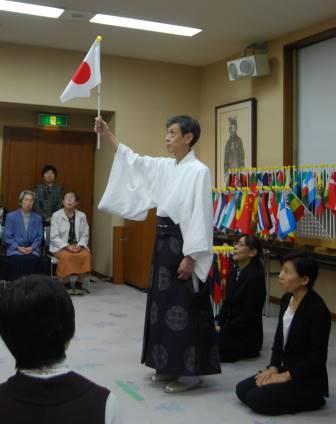 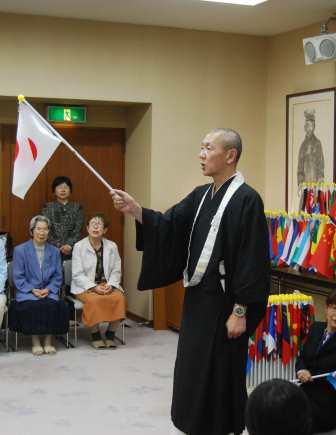 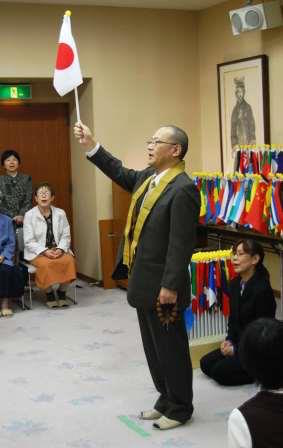 WPPS members linked the world wide Peace Mass of Catholic church at Jesuits Spiritual Center at Nagatsuka in Hiroshima in July when Pope Francis was in Poland and three million youth participated.  WPPS members dedicated a World Peace Prayer Ceremony to the  worldwide masses and received a very positive response from the church members!  Speeches were made by the guests of honor. 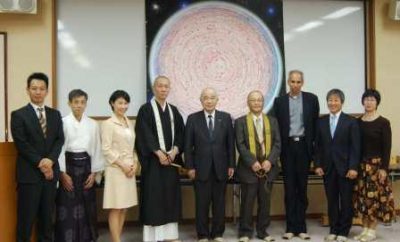 Rev. Tsunekiyo Tanaka of Iwashimizu Hachimangu gave his blessings and announced, “I am happy that such a wonderful event is taking place!”

Rev. Nishi of Iwashimizu Hachimangu said,  “our peace prayer is much needed in this conflicted world.”

Rev. Enmyo of the Hieizan Enryakuji shared that their interfaith summit started to succeed the spirit of Assisi and has been doing so, every August 4th,  for the past 29 years.  They also attended International Meetings of ‘Prayers for Peace’ that celebrated its 30th anniversary with attendance by the Pope.