JFMF and another teacher, Masahisa Goi, provided the inspiration that eventually leads students to design and construct a garden with a Peace Pole for a middle school in a small town with a population of about 2500. “Peace Paradise” will be a long-term project to be visited each year in the study of mathematics, science, global connections, and PEACE. 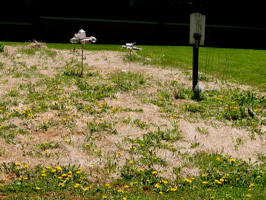 The Journey
A new school year always includes lessons on origami and the making of a peace crane. This year I also included a lesson on the Peace Poles that exist all over the world starting with the first one I saw at the Oya Stone Museum while traveling with the JFMF group. I had students design their own on paper. That was in September of 2009. 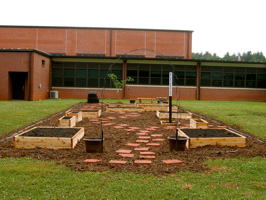 Two students, Shelby and Antartes who named their firm “Luxurious Landscaping” and their garden design, “Peace Paradise” were the overwhelming winners. In their design was a Peace Pole with the words “May Peace Prevail on Earth” in English, Japanese, Spanish and Russian to reflect the diversity of our school. Frankly, I was surprised that these seventh graders remembered that lesson but I was delighted as well. 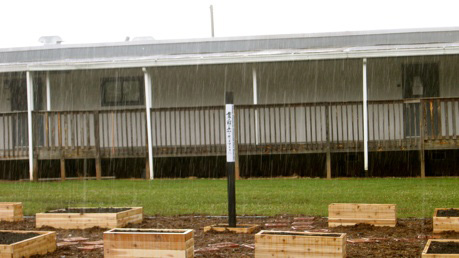 During the design process one of my students, Daniel, approached me about the possibility of doing the construction as part of his Eagle Scout Project. I agreed with the stipulation that a detailed plan was required. 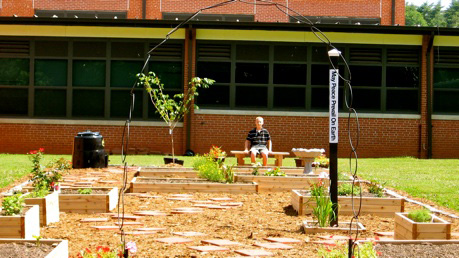 Next year, students will hear about the world’s Peace Poles and I hope they take pride in seeing one right outside their classroom window. Read the complete story on this blog entry:
http://web.me.com/jorobert/JFMF_Damashii/Blog/Entries/2010/6/23_Yes%2C_Students_Listen_and_Change_the_World.html