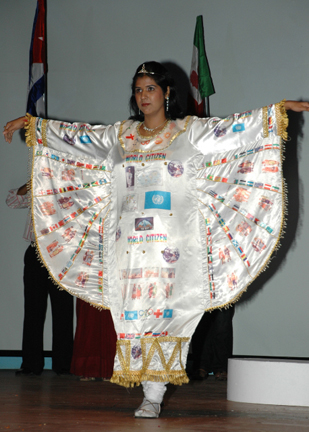 World Peace Prayer Ceremony: Approximately 200 children of junior sections presenting the United Nation member nations, a World Citizen and a United Nations Representative wearing colourful costumes, holding nation flags assembled on the stage in a semicircular fashion in groups, representing people from different regions around the world – Oceania, Europe, Australia, Africa, South America, North America and Asia. They prayed for the happiness and peace of the people in their region and prayed for peace on earth by saying “May Peace Prevail On Earth.” It was an impressive World Peace Prayer Ceremony, ideally conceived and conducted to demonstrate the inescapable option of the world for “total unity sans boundary” in front of principals and educators from all over the world. The World Peace Prayer Ceremony very strongly conveyed a message for a peaceful world free of all conflicts and disputes. It concluded with the Peace Song, May Peace Prevail On Earth. 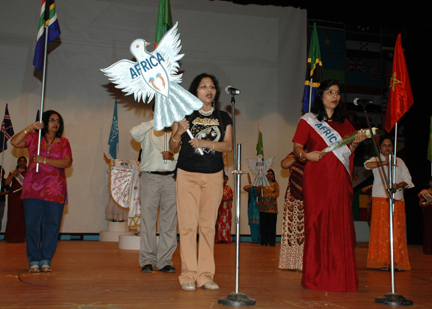 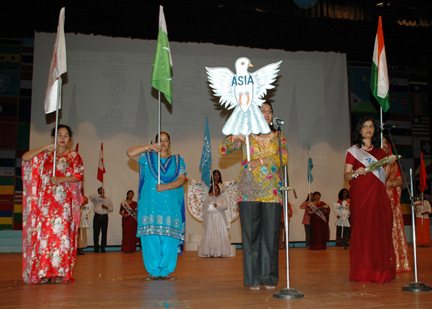