Educators George S. Anthony and Lindy P. Crescitelli, founders of Stand Up and Lead, organized an outstanding event in observance of the 2016 Season for Nonviolence at the United Federation of Teachers headquarters in New York City. In attendance were approximately 500 students from various middle and high schools around the city. 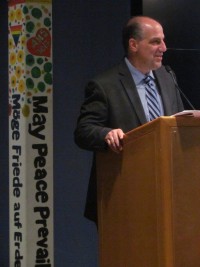 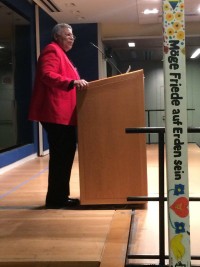 The keynote speaker was Minniejean Brown-Trickey of the original Little Rock Nine that integrated the first high school in Arkansas in 1957. She recalled her unique experience and how she learned to hold her head up high. Her daughter, filmmaker Spirit Trickey, also spoke about her mother’s remarkable leadership. 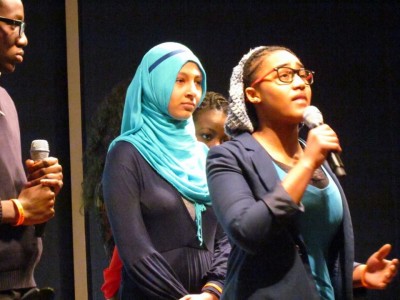 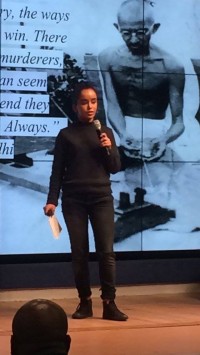 There were wonderful student presentations in music, poetry and prose from six New York area schools, including a brilliant dramatic skit about Martin Luther King, Jr. 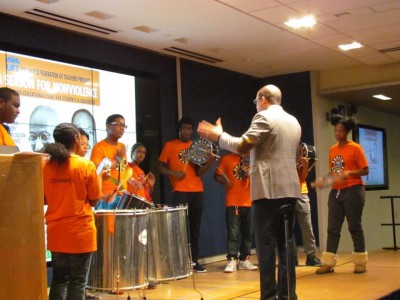 Deborah Moldow led a World Peace Flag ceremony with a musical chant sung by students, accompanied by a PowerPoint presentation created specially for the day, featuring the event flyer that included the message, “May Peace Prevail on Earth.” A team of young volunteers distributed the flags of all nations. Deborah led the ceremony in call-and-response style, asking the student holding the flag of the country called out to stand, along with anyone from that country. Minniejean Brown-Trickey proudly waved the American flag. 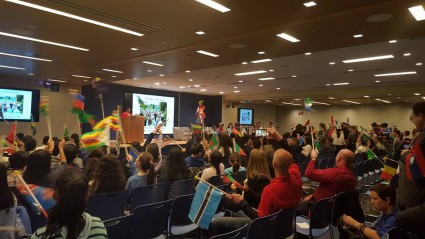 Deborah also brought a Youth Arts Peace Pole decorated by students at Arlington High School in Lagrangeville, NY to display during the event, hoping to inspire some of the schools to make one of their own. 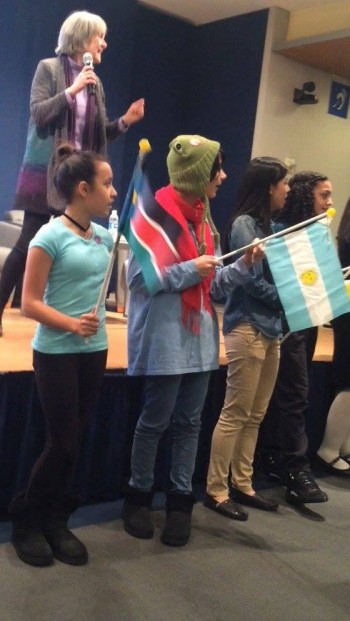 There was an inspiring closing speech by longtime WPPS supporter Jennifer Kim of the Peace School in Chicago, who heads the U.N. Education Peace Team with George Anthony, encouraging the students to bring the spirit of nonviolence forward to the International Day of Peace on September 21st. 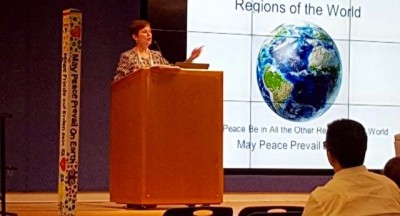 George Anthony and Lindy P. Crescitelli truly outdid themselves this year, organizing a most inspiring event for the Season for Nonviolence. 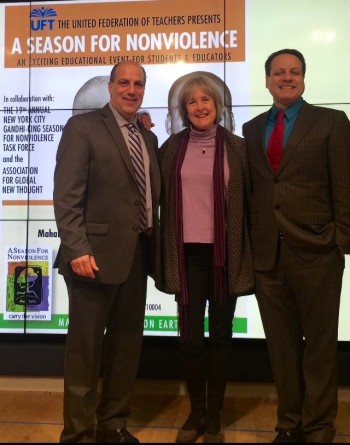