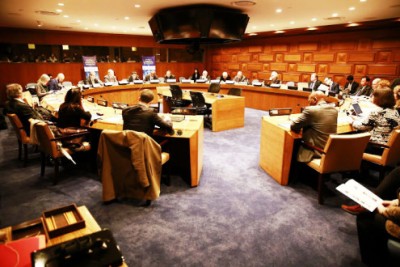 H.E. Mr. Nassir Abdulaziz Al-Nasser, UN High Representative for the Alliance of Civilizations and former President of the UN General Assembly convened an event with the Universal Peace Federation on March 27 titled “The Relevance of Inter-religious and Inter-civilizational Dialogue to the post-2015 Sustainable Development Goals.” 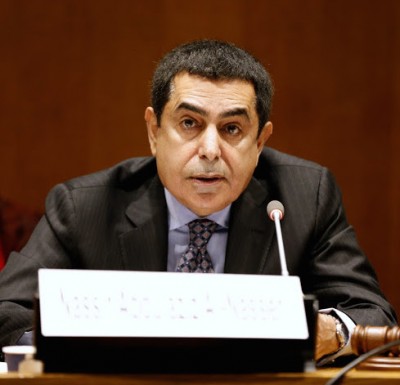 Major speakers included the Permanent Observer of the Holy See to the United Nations, Archbishop Bernardito Auza, who spoke movingly about our obligation to care for those with the least resources. 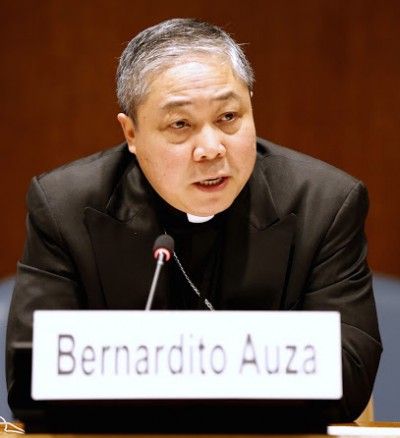 Archbishop Bernardito Auza, Permanent Observer of the Holy See to the United Nations

The excellent moderator, Mr. Francesco Candelari, project management specialist for youth and development for the UN Alliance of Civilizations, introduced WPPS Representative to the United Nations Deborah Moldow by noting the inspiring prayer on her business card, “May Peace Prevail on Earth.” 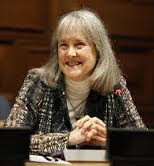 Deborah said that this is a time of great urgency. The kind of caring that is necessary to create a culture of peace goes beyond the capacity of governments. Religions have always helped people to elevate their concerns beyond themselves, and faith communities working together can have even greater impact. She congratulated the UNAOC for convening religious leaders at the United Nations and Mr. Al-Nasser personally for bringing World Interfaith Harmony Week into the General Assembly in 2012. She emphasized that now we are called to awaken to a new level of consciousness to address the coming challenges of climate change in a spirit of global unity embodied by the prayer,  “May Peace Prevail on Earth.” Her remarks were warmly received.