The peace activities commenced with the initiation of the caring & sharing club at a local school. With the children of the school, there were different activities  undertaken which included:

The activities came to a halt after attacks on human-rights defenders and schools by the non-state actors- The school management and the parents were worried that these activities would make the school and the children a target and hence the caring & sharing club came to an end but before that a number of poles were distributed to individuals as per the criteria and Peace poles were planted on the Pak Afghan Border at Torkham, the historic Michni Post overlooking the Torkham crossing between Pakistan and Afghanistan. All these activities were given a lot of coverage by the print and electronic media both local and international. 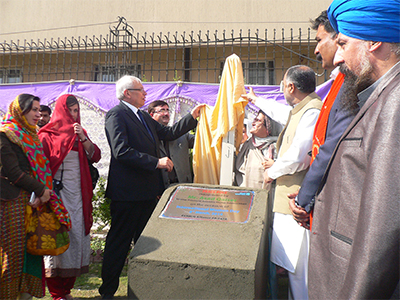 After almost 8 years we were able to plant a peace pole on the international women day at the Provincial Assembly of Khyber Pakhtunkhwa province in collaboration with the EVAW/G (Ending Violence against Women & Girls) alliance KP/FATA and members of the parliament. The ceremony was attended by the alliance members, parliamentarians, members of the civil society and delegates from United Nations and International humanitarian agencies. It is important that this pole was among the peace poles that we had received from Japan thanks to the Goi Peace Foundation 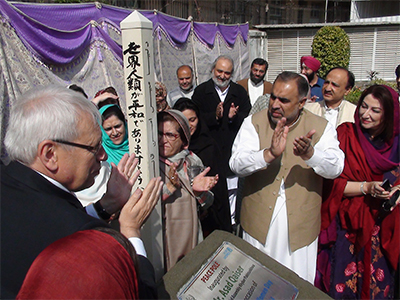 May Peace Prevail on Earth- Ameen