Friends of the United Nations was among the organizers, with China International Culture and Artistic Center (CISAC) and China National Academy of Painting, to hold a series of activities and forums about art and peace from 18-22nd September, 2012 at Linzhou, Henan Province, China to observe the UN International Day of Peace. Dr. Noel Brown, a WPPS Founding Advisory Board member, contacted me with an invitation to speak on world peace at the events, among a delegation of UN personnel, NGOs and artists. 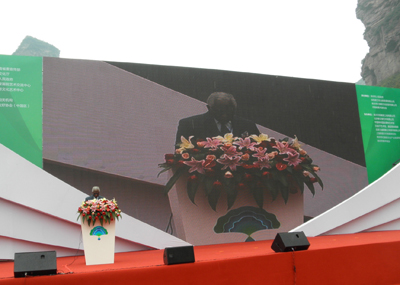 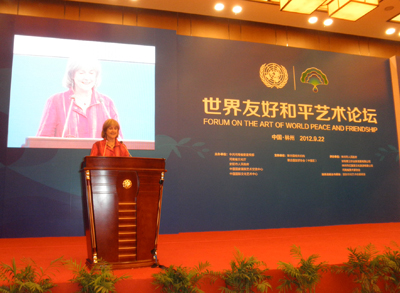 WPPS offered a Peace Pole to be shipped from Japan and the Peace Pals Art Exhibition for display at the new Peace Museum in Linzhou. Unfortunately, there was a crisis of mounting tensions between China and Japan, which resulted in the Peace Pole – a potential bridge of peace – being held in customs. However, the message “May Peace Prevail on Earth” permeated the events, from Dr. Brown’s speech at the main event for 10,000 people in the grand canyon of China, to Deborah’s speech at the Forum on Peace Arts and Friendship, to the giant peace scroll, to Deborah’s singing at the Night of Peace concert, to the art of WPPS Peace Pals around the world gracing the pillars of the Peace Museum. 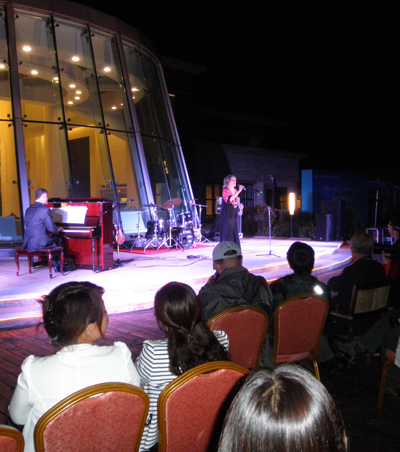 The Chinese people loved seeing the message of peace in their native language and were delighted by our stickers. Hopefully, the Peace Pole will soon find a public home in Linzhou. 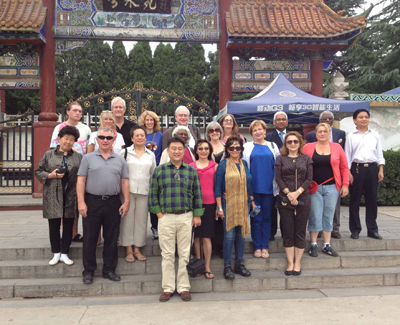