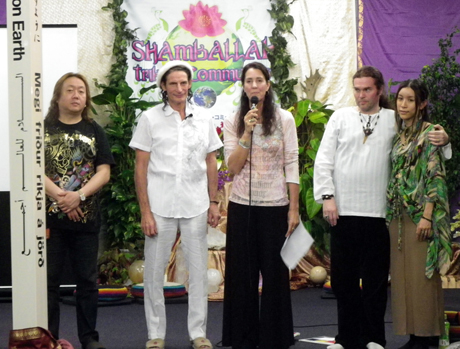 Rabbi Sir Gabriel Cousens M.D., Director of The Tree of Life Foundation, in Patagonia, Arizona, USA, is a long time health and peace advocate. He has been instrumental in planting dozens of Peace Poles in the past few decades to help spread the Universal Peace Message, May Peace Prevail On Earth. Gabriel was in Tokyo for the first time presenting a series of workshops and lectures at The Golden Pyramid of Peace.

Gudni Gudnason, Founder of The Golden Pyramid of Peace, organizes events around the world with a simple vision and message in mind: “Peace worldwide starts from within.” His head office in the heart of Tokyo is the hub for peace workers and like minded individuals who feel a call to be “the change you want to see in the world.”

Rabbi Sir Gabriel Cousens, Gudni Gudnson and Fumi Johns Stewart, Executive Director of WPPS, decided to collaborate on this event to anchor PEACE in the heart of Tokyo by planting a Peace Pole at the offices of The Golden Pyramid of Peace. 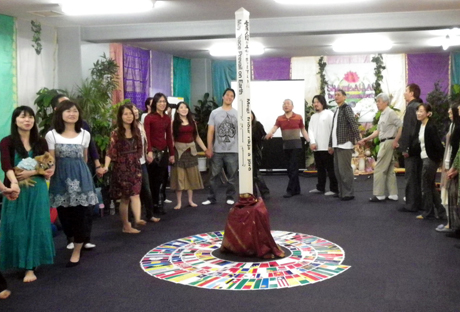 After opening remarks by Sir, Cosens and Ms. Stewart, participants gathered around the Peace Pole with focused intention to send prayers for peace to prevail in each of the 192 countries of the world. The World Peace Prayer and Flag Ceremony is always a heart opening experience for participants. On this day, the vibration was especially heightened, as energies merged with people from around the world joining us in prayers for peace via the internet satelite LIVE UStream broadcast. 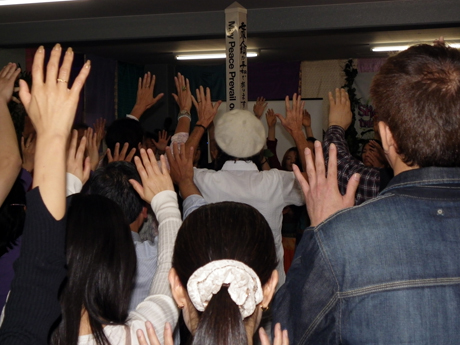 At the close of the Ceremony, everyone sang and danced around the Peace Pole. This Peace Pole now joins The Peace Pole Project network, where more than 200,000 Peace Poles are deditated in the spirit of peace worldwide. Final words of gratitude and blessings were offered by Gudni Gudnson and his wife Eiko Gudnson who is the Founder of the Shamballah Tribal Community in Tokyo. 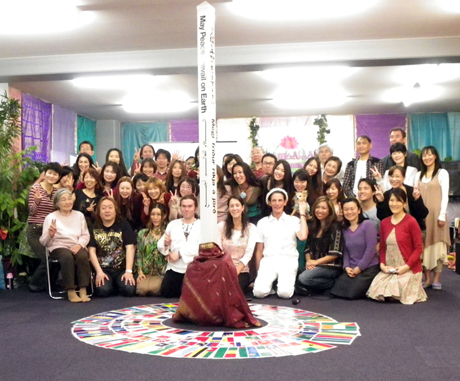