Luxor is located in the ancient city of Thebes and served as the Capitol of Egypt some 3,000 years ago. The Temple of Luxor was built by King Amenhotep III and hosted the festival of Opet; one of the most important festivals celebrated in Thebes at that time.

Against this ancient and symbolic backdrop, a Peace Pole was dedicated on April 12th, 2010 by the Temple of Luxor in Abu el-Haggag Square in a grand ceremony co-sponsored by the City of Luxor. The Peace Pole dedication was followed by a World Peace Flag Ceremony with the participation of 250 students who served as flag bearers from the four local schools. 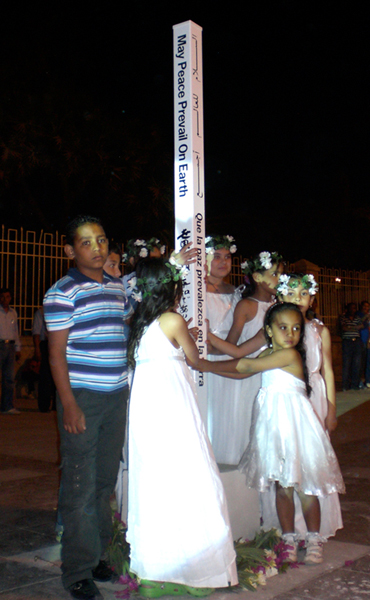 Thirty flag bearers each carrying a colorful flag guided the Peace Pole in the procession as eight small children walked along side the Peace Pole to the dedication site. After the ground was blessed by sufi dancing, the Peace Pole was planted in front of the Temple of Luxor. Poetry and songs were presented by the school children followed by the World Peace Flag Ceremony. The names of the countries of all nations were called out, as the 250 children repeated in unison the word Assalaam which is the word for Peace in Arabic. 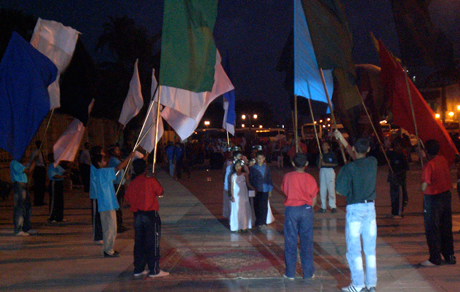 Special guests included General Ahmed Ajab, consultant to the Governor of Luxor and other city officials. A very special and beautiful performance was presented by the famous Kassr Saqqafa dance troupe of Luxor. 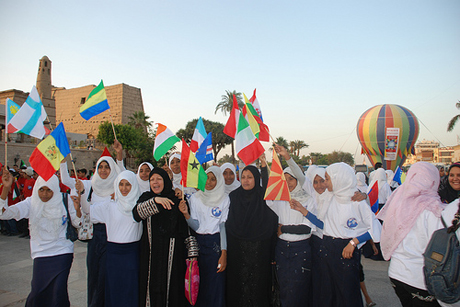 Fumi Johns Stewart, Executive Director of WPPS, from USA was joined by Luca Bordoli, Simona Picchi and Samah Gayed from Italy and Switzerland to assist with the event.

Special thanks to Alessandra Costantini who produced this event with cooperation from the City of Luxor.