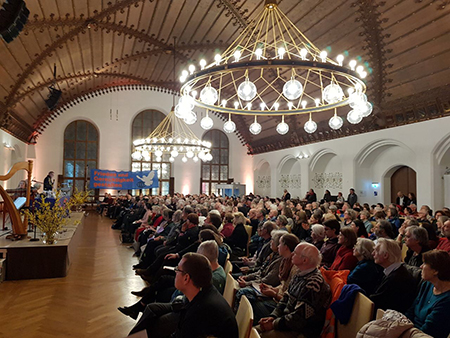 WPPS Munich office headed by Dagmar Berkenberg hosted a booth with printed literature introducing the work of WPPS as well as desktop peace poles and various other giveaway items. 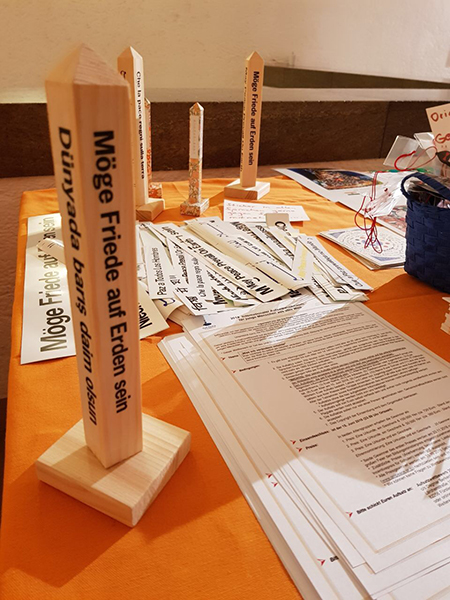 Banners with the message, May Peace Prevail On Earth, translated into multiple languages were also displayed prominently at the Old Munich Town Hall where the Conference took place. 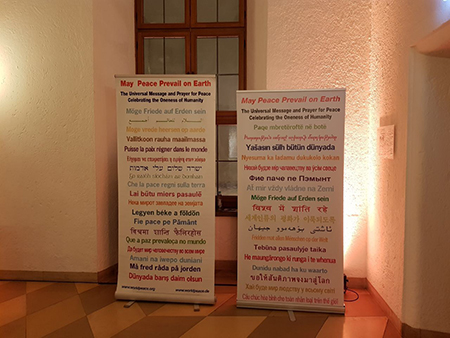 Among the attendants was ICAN Germany founder Leo Hoffmann-Axthelm.  ICAN (International Campaign to Abolish Nuclear Weapons) won the 2017 Nobel Peace prize “for its work to draw attention to the catastrophic humanitarian consequences of any use of nuclear weapons and for its ground-breaking efforts to achieve a treaty-based prohibition.”
Dagmar presents a Peace Pole to ICAN Germany founder Leo Hoffmann-Axthelm. 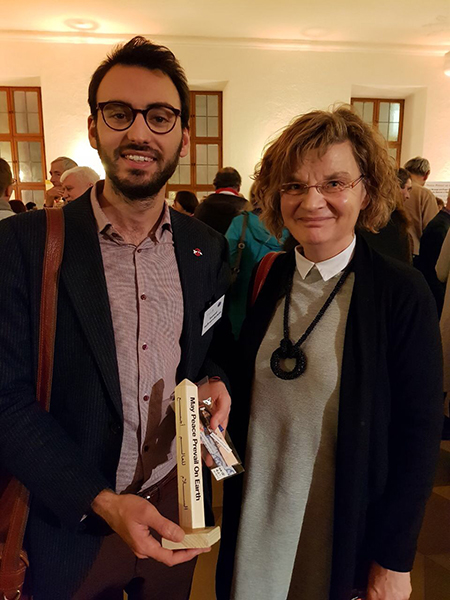 May peace be in Munich
May peace be in Germany
Share
Tweet
Share
Pin
Email
WhatsApp
Posted in Community Event, The Peace Pole Project
← Flag Ceremony and Peace Pole dedications honoring The World Interfaith Harmony Week – Addis Ababa, EthiopiaAmy Poehler along with “May Peace Prevail On Earth” at the “Not on the Menu” event at the Rockefeller Foundation-NYC-USA →