Earth Day 2017 brought about global demonstrations and protests as a cry both to and from the planet in regards to political policies seen as an attack on fact-based ecological priorities. Artists danced, singers sang, and people marched – the north- shore community on Staten Island NYC held its annual St. George Day Festival. Local vendors displayed their community programs including libraries, weavers, composters, and coffee-grinders. Artists gathered to display their latest works, and dancers performed their movement dedications. 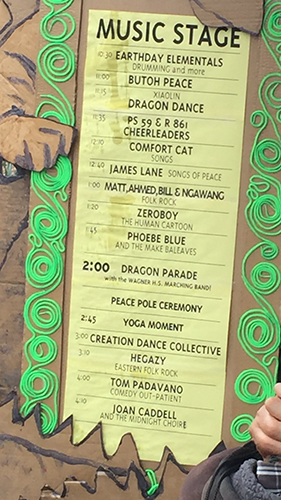 Brandon Perdomo was featured twice throughout the program. His first appearance was with the Performance & Peace Initiative, an artist-collective who dedicate their art, music, and dance to the marginalized and to the voices of the silenced. They performed their now acclaimed rice dance, a butoh-based dance which has been performed around the metropolitan area in homage to the importance of agriculture and human dependency on one-another as well as to the Earth. 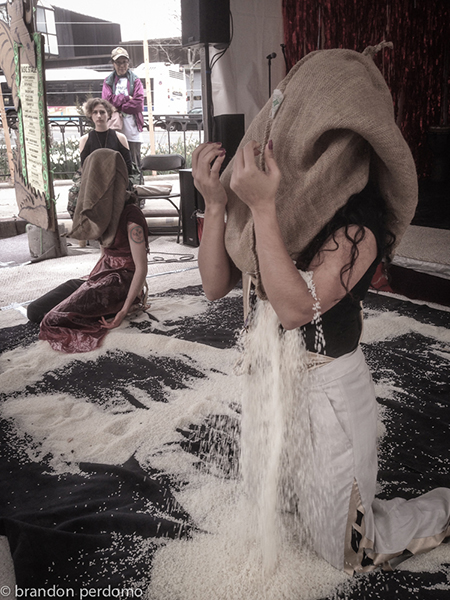 Hours later, Perdomo, Youth Representative to the United Nations for the World Peace Prayer Society, as well as Staten Island Native, led his first peace pole dedication. Together alongside a moment of silence and with ceremonial smoke from a dried leaf of sage, the peace pole was dedicated to the efforts of communities to work passed their differences and to come together for collective goals of social progression. The pole was on view for the remainder of the event next to the Eric Garner memorial, and is now located in the backyard community garden of the Everything Goes Café and Book Store. Attendees of the festival and witnesses of the pole dedication included peace educator Lindy Crescitelli, David Jones of Peace Action Fund of New York State, and Councilwoman Debi Rose. 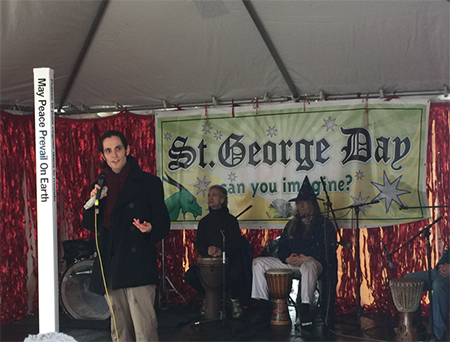 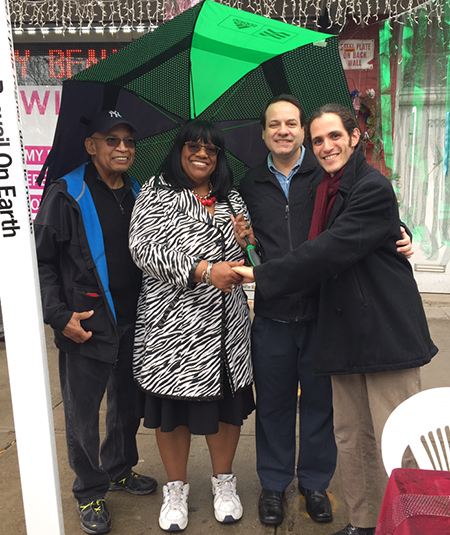