Prior to the U.S. presidential elections, numerous organizations were calling for prayers and collective meditation events with aligned purposes: not to promote a particular outcome, but rather to raise the consciousness of the nation. 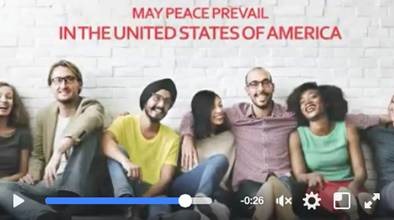 Deborah Moldow approached various groups with the idea of forming a coalition that would cross-promote one another’s initiatives. The result was the Lift Up America Campaign that included The World Peace Prayer Society, Source of Synergy Foundation, the Gaiafield Project, America Meditating Radio and UNIFY. 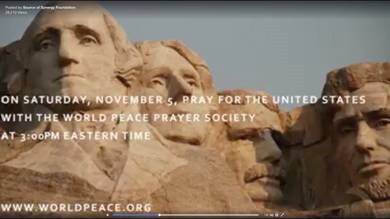 A video was produced for the coalition by Source of Synergy and LinkMedia and shared widely on Facebook that featured the WPPS Prayers for USA Webinar on November 5th and the prayer “May Peace Prevail in the United States of America.” More than 28,000 viewed the video.