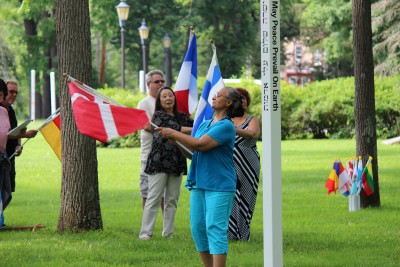 Guest were eager to take part in the special,  flag Ceremony, held under the canopy of 100 year old walnut trees, referred to as the “sacred grove.” Flag bearers and audience alike were taken on a virtual world tour as country names were announced while participants sent their heartfelt wishes for “peace to prevail “in each country! 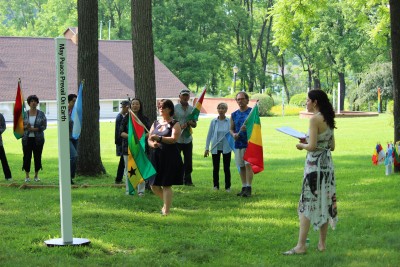 At the end of the ceremony, Michael Raspantini, carrying the USA flag, and Yumiko Sasaki ( born and raised in Hiroshima, Japan) carrying  the Japan flag, were asked to stand side-by-side with their flags,  in honor of the 70th Anniversary of the Atomic bombing in Hiroshima and Nagasaki ( August 6th, 2015).  The World Peace Prayer Society was established in Japan and its headquarters is in The United States. 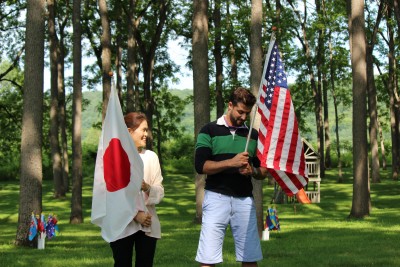 Fifty or so people attended this event. Many attended from the immediate community, some from surrounding towns, and NYC area, in addition to WPPS members from California.  Everyone shared their  homemade signature dishes and were happy  to simply spend time together and out in nature, on the beautiful sprawling grounds of The World Peace Sanctuary.  There one can find a picnic area,  a labyrinth in the walnut grove and a Peace Path that leads up to the Ceremonial field. 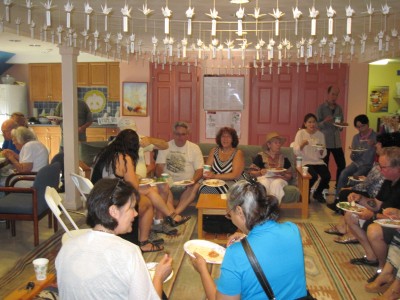 To learn more about the programs and projects at The World Peace Sanctuary, email: info@worldpeace.org