On January 14, 2015, during the 20th World Peace Conference Sri Balasai Baba made his annual offerings to the poor and needy in the southern part of India in district of Kurnool, A.P. 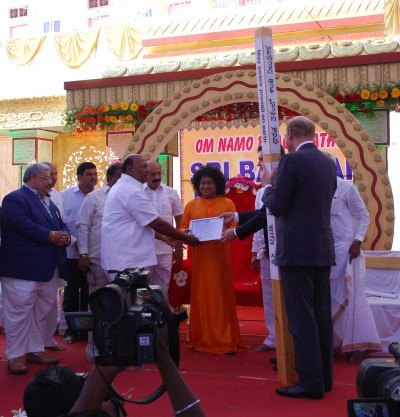 Sewing machines were distributed to financially distressed women, tricycles were given to the physically challenge and other service were performed in the presence of national and state ministers of India.’ 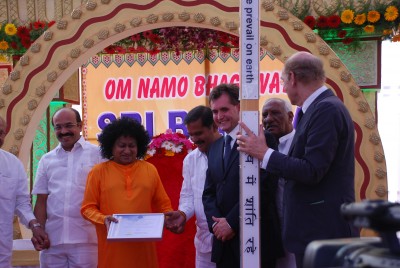 On this occasion a peace pole and a certificate by the World Peace Prayer Society, N.Y. USA were bestowed to him acknowledging and honoring his outstanding accomplishments as to the free service in health care and education to the ill-fated in the southern part of India for more than 30 years.