The 20th memorial Kwanju World Peace & Prayer Ceremony (WPPC) was held in Kwanju, (referred to as “the city of light”) in Korea on April 4th, 2014.  The host of the event was IN-AE-DON-SAN, the social welfare group of Korea.  The representative of the group, Mr. Kim In Jae and Peace Representative of The World Peace Prayer Society (WPPS) in Korea has been leading the Kwanju-WPPC as a community grand event to include social welfare and peace activities.

Mrs. Masami Saionji expressed her deep gratitude for the support of the World Peace Prayer Movement by Mr. and Mrs. Kim In Jae and the IN-AE-DON-SAN group.  Mrs. Saionji expressed her desire for Korea and Japan to make a strong bond to create world peace and to walk that path together.  Mr. Hiroo Saionji mentioned his plan regarding the launch of a new declaration that will “light fire” to the consciousness and innovation of individuals for the spring-head of Peace.  He called for the support and participation of everyone. 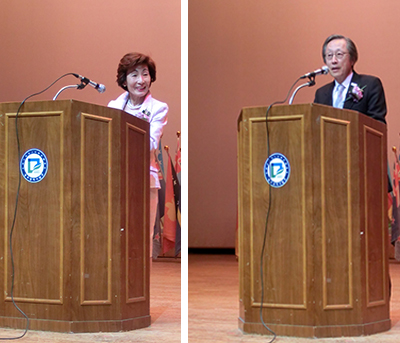 After the performance of drumming and children dancing, the WPPC proceeded with a colorful procession of flags, as 194 participants volunteered as flag bearers to proudly carry and wave a flag to represent each country around the world. 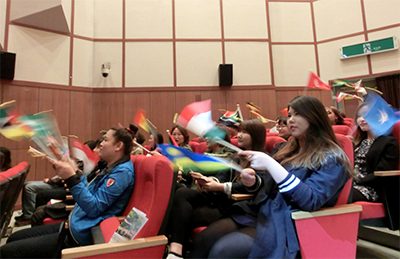