A World Peace Prayer Ceremony was the powerful finale to a “Symphony of Peace Prayers” event hosted on May 22, 2011 by the Chapel at Croton Falls as one of its monthly Interfaith Sundays. Organized by WPPS UN Representative Deborah Moldow, who is one of the ministers at the church, the event featured beautiful Native American, Baha’i, Jewish, Christian, Hindu, Buddhist and Muslim peace prayers that were led by distinguished representatives of each tradition and read together by everyone. 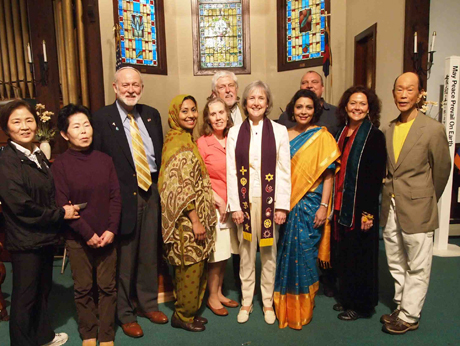 Music was provided by students from the Harvey School Music Ensemble and Middle School Chorus, organized by Rev. Melanie Gambino, who teaches there. 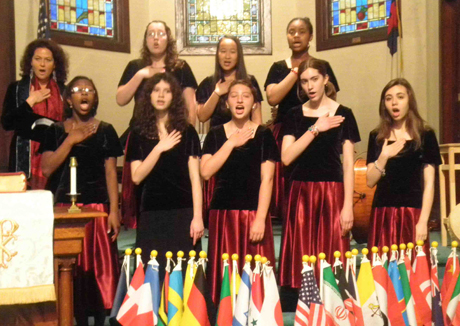 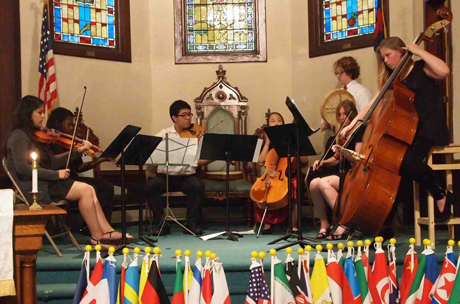 The little chapel was filled to capacity with participants who all joined in the World Peace Prayer Ceremony to send their peace prayers around the world. 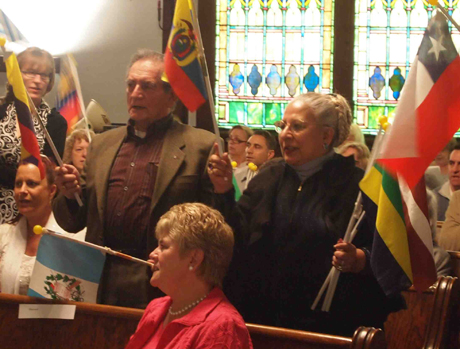 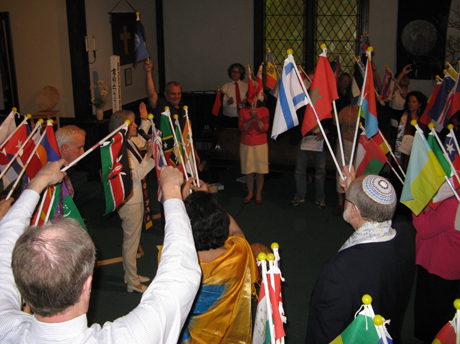