Amma Sri Karunamayi is a revered spiritual leader and dedicated humanitarian from India. During her recent tour of the United States, she conducted three beautiful World Peace Prayer Ceremonies. The first was at “ground zero,” the former site of the World Trade Center towers in New York City, on May 13, 2011. A deeply moving ceremony was held with prayers for various countries as their flags were raised and long chanting of “May Peace Prevail on Earth” to release the souls of those who lost their lives there. 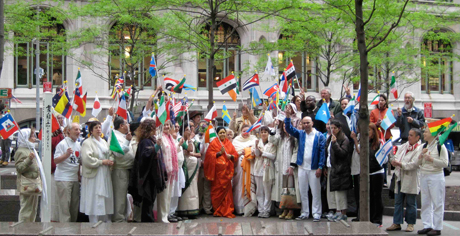 Amma requested a second WPPC at the “homa” (sacred fire ceremony) that was held in her honor in Westchester, New York on May 15th. 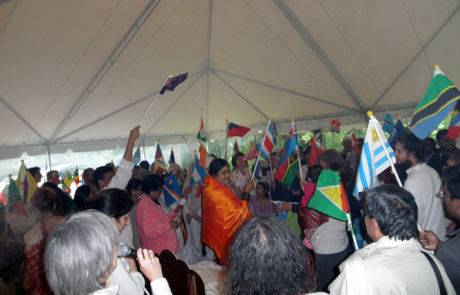 The third World Peace Prayer Ceremony took place at the United Nations Church Center on June 17th, organized by UN NGO representative and attorney, Denise Scotto, who is a close colleague of WPPS UN Representative, Deborah Moldow. The program was sponsored by the Society for Enlightenment and Transformation (S.E.A.T.), a UN staff club. The large crowd prayed sincerely for every country and sang out “May Peace Prevail on Earth!” to music played by WPPS Alternate UN Representative, Aliza Hava. 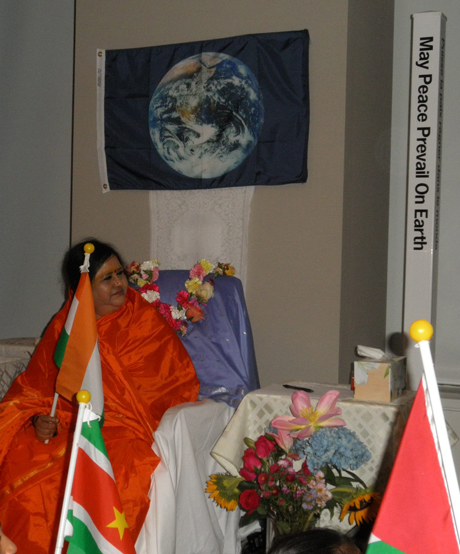 Amma has expressed interest in acquiring a set of the flags of all nations to continue her prayers for peace.