Monica Willard, President of the Committee of Religious NGOs and longtime WPPS Peace Representative, and Deborah Moldow, WPPS Representative to the United Nations, organized an Interfaith Breakfast to promote and expand participation in World Interfaith Harmony Week, proclaimed by the UN General Assembly. They enlisted the partnership of the NGO Section of the UN Department of Public Information, which promoted the event to more than 1500 NGOs worldwide. 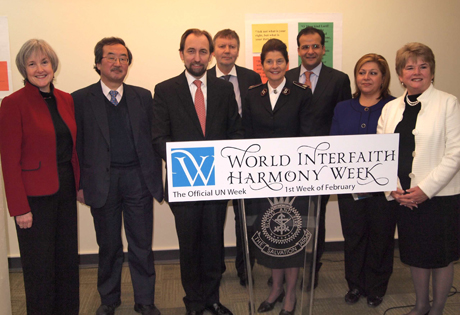 An extremely diverse crowd of 100 people attended the event, which was held at Salvation Army building on East 52nd Street. Monica Willard and Commissioner Christine MacMillan, Director of the Salvation Army Social Justice Commission, welcomed everyone. Then Deborah Moldow set the tone with an opening Minute of Silence and invited everyone to say together, “May Peace Prevail on Earth.” 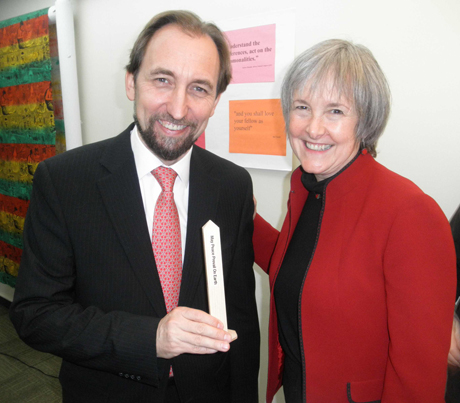