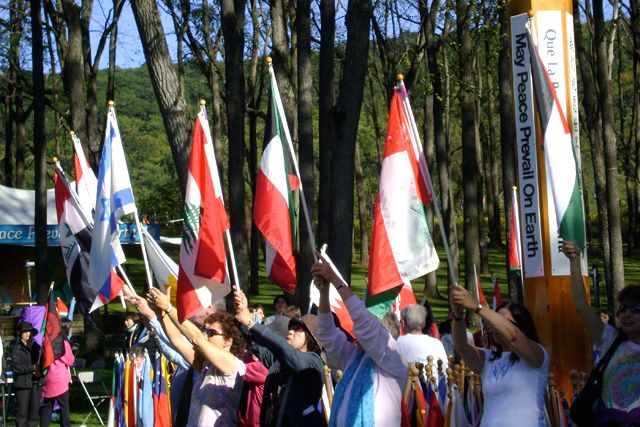 A Call To Peace is an annual gathering held at The World Peace Sanctuary, headquarters of The World Peace Prayer Society and home of the Peace Pole Project and Peace Pals International.

Each year, for the past 20 years, staff at The World Peace Sanctuary invites the community to gather for A Call To Peace. This year, it was held on Saturday, September 19th in honor of the International Day of Peace.

September 21st marks the Unitized Nations’ International Day of Peace, designated by resolution in 1982 for the purpose of highlighting efforts to end conflict, cease fire- and promote peace.

The annual event attracts people from all over the country a well as citizens from other countries to evoke the positive and to focus intentions on the message and prayer, May Peace Prevail On Earth. 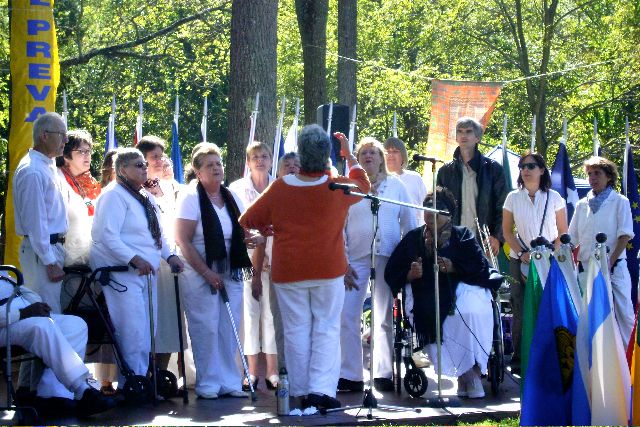 The sound of bells (rung by Doug and Martha Martin of the Martin Peace Bell Foundation) echoed throughout the Sacred Grove as people were arriving.

A Call To Peace was held under the canopy of a century-old Walnut Grove, where people joined in ceremonial prayer for peace to prevail for the indigenous peoples of The United States of America. More than 200 Native American Nations were honored as each tribal name was announced and blessed by the attendees, praying May Peace Prevail On Earth for the ancestors of USA.

Following, were prayers for the 50 states and territories of The United States of America. 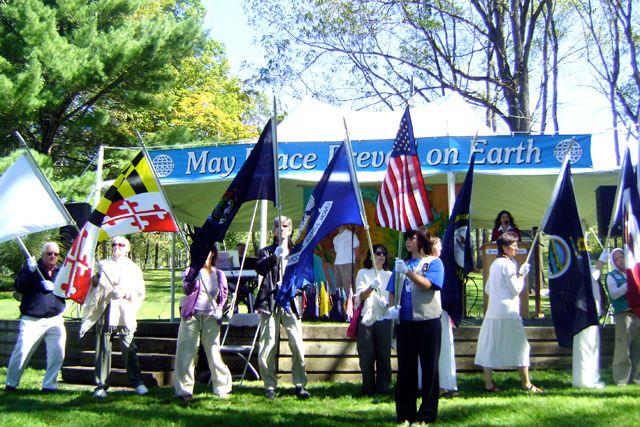 Co-celebrants from the various faith traditions added their prayers for peace. 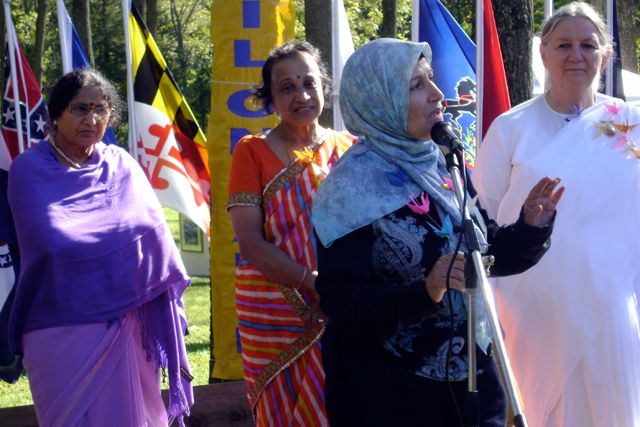 The Program ended with the World Peace Prayer and Flag Ceremony. Flag bearers carried a national flag representing each of the 195 countries throughout the world as everyone announced the prayer, May Peace Prevail On Earth for the people and land in every country to include all the other regions in the WORLD! 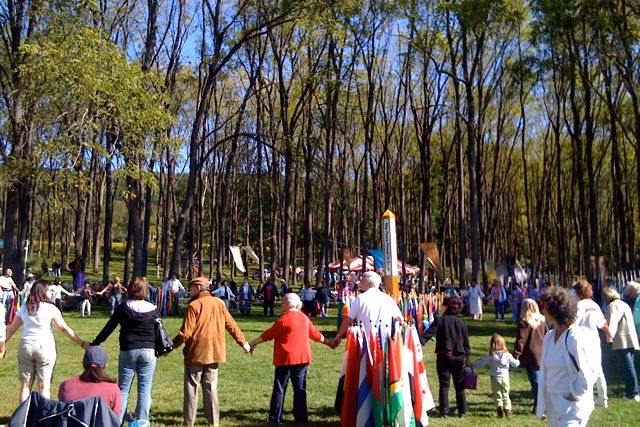 The day was filled with an eclectic style of music and performances: the Byakko Choir from Japan, Peace is Possible Chorus from Connecticut, Japanese dancers from NYC, Flute player and Native American and Japanese drumming.

This year marks the 12 Annual Peace Pals International Art and Award Ceremony.  Names of the winners in each of the 4 categories were announced.  All artwork submissions were  beautifully displayed on panels for all to enjoy.  To view the winning entries, please visit: www.wppspeacepals.org

The activities for Children and Adults, included:

The grove area was sprinkled with a variety of non-profit organizations and its members who came to share their work and contribution toward Peace and Harmony for All Life on Earth.