Peace Pole at the 2nd location of our 2008 children Peace Pal International Art Exhibition at St. Labouré, a Senior home located outside of Munich, Germany. 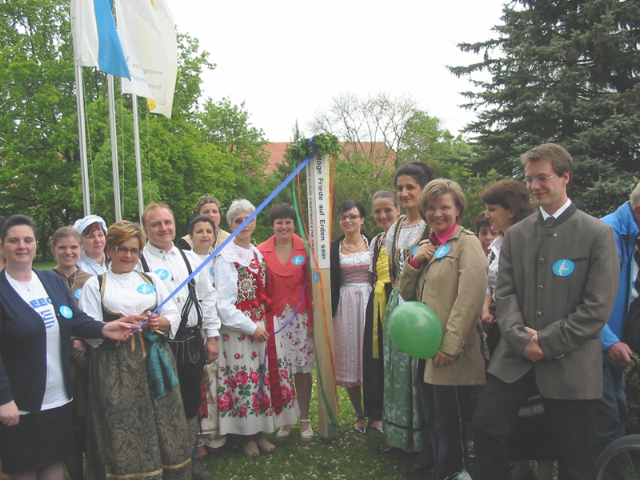 A Jesuit father from Austria who represented Austria told me that the founder of his particular Jesuit oder, Mr Don Arrupe,  only founded Don Arrupe Order because he was serving as a priest in Hiroshima and was present when the atomic bomb fell. In my speech I had mentioned Mr Goi and that Hiroshima played such an important part in his life. 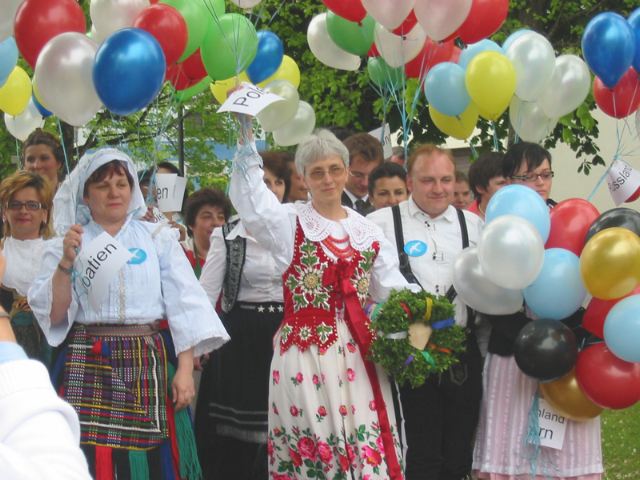 We were surrounded by the message and prayer, May Peace Prevail On Earth in a variety of ways, such as:

–  inside their rooms through the children paintings which still remain there till July 1st.

–  on a blue sticker which every participant recieved, handmade by the seniors

–  and on the pole of course

It was very dignified when they all hand carried the Peace Pole in their dresses, can you

Inside there were more peace prayers and wishes on the wall and cakes, Greek dances and coffee for everybody, it was a cheerful big crowd. I gave out the little origami bookmarks to all the country representatives. 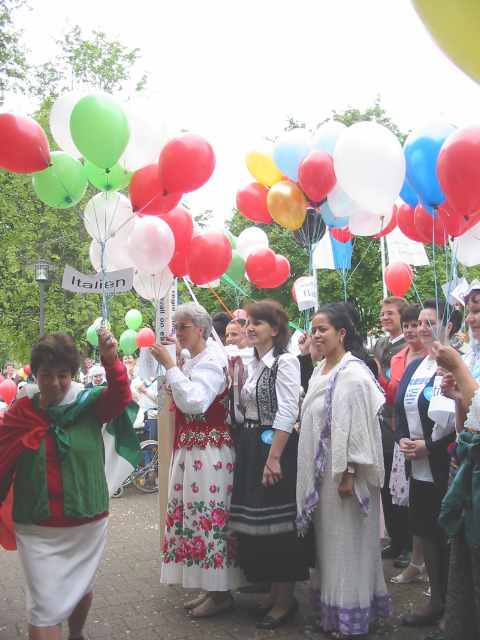 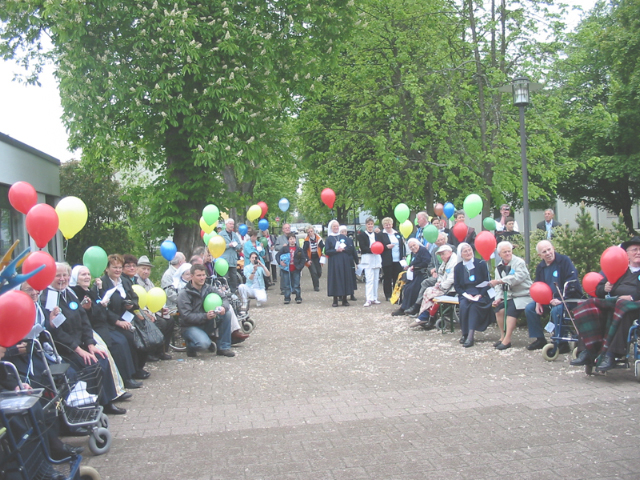 May Peace Prevail On Earth