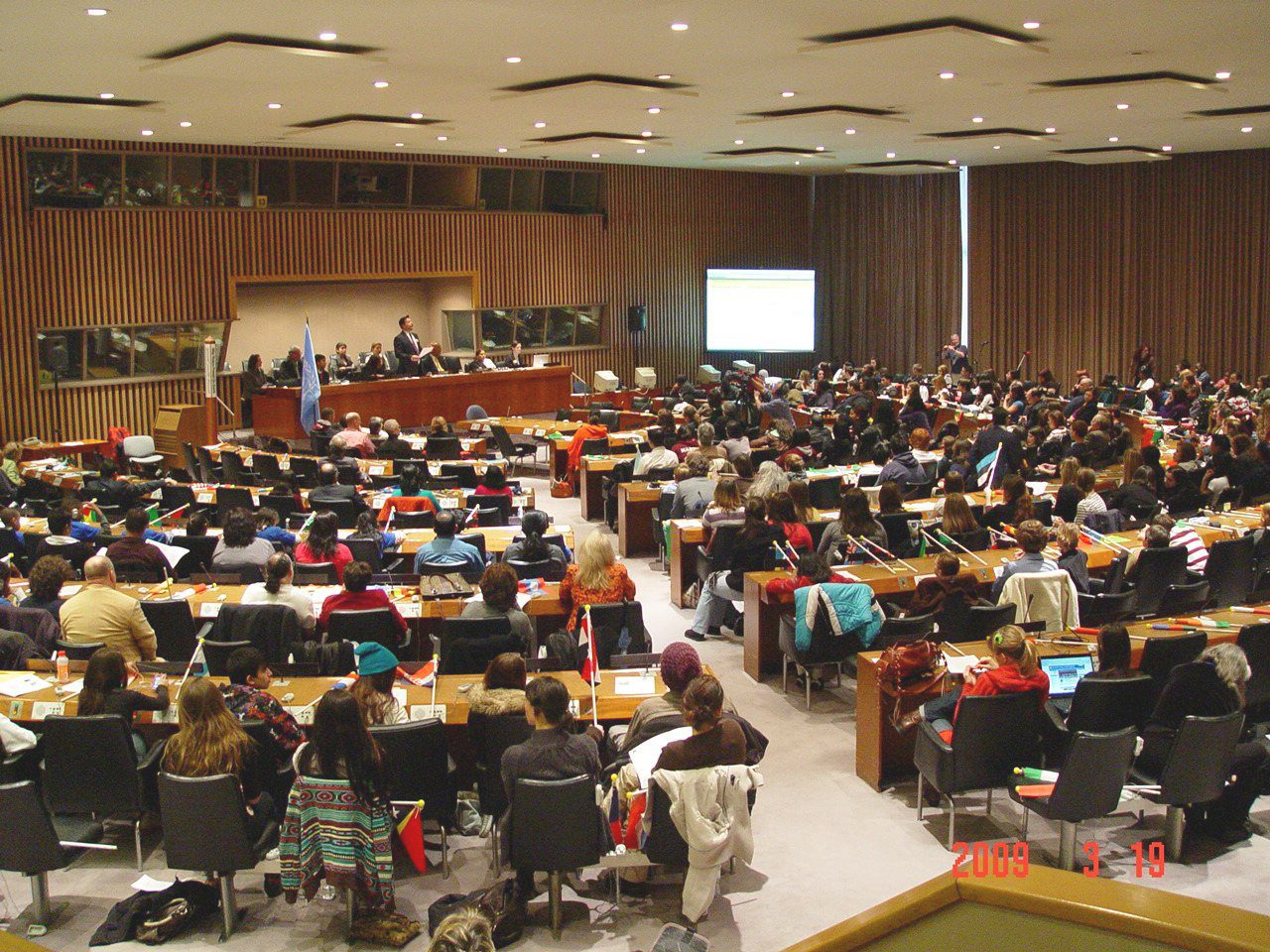 The World Peace Prayer Society (WPPS) was a proud co-sponsor of the 12th annual student celebration of “A Season for Nonviolence” at the United Nations on March 19th. The event honors the life and work of Mahatma Gandhi and Dr. Martin Luther King, Jr. during a 64-day “season” inaugurated by the Association for Global New Thought along with the M.K. Gandhi Center and the King family. 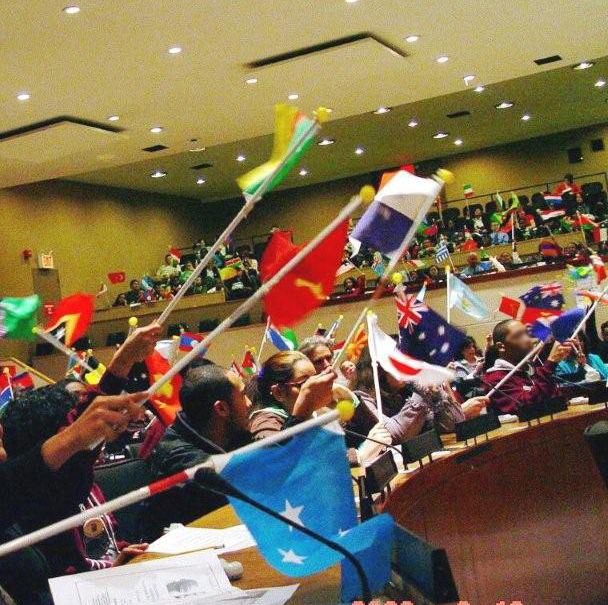 500 school children from fourth grade to high school filled a large conference room and found the flag of one of the UN Member States at their seat. They were given permission to wave the flags every time they heard “May Peace Prevail on Earth” which quickly became a theme of the 90-minute program.

The Mission of Nicaragua to the United Nations sponsored the program, with H.E. Mrs. Maria Rubiales de Chamorro delivering a warm welcome address. She spoke about both Gandhi and King, and drew applause by noting the historic U.S. election of its first African-American president. She closed with “May Peace Prevail on Earth.” The keynote speaker was the inspiring Dr. Terrence Roberts, one of the original Little Rock Nine to integrate the Alabama school system in 1957.

Youth performers included Akash Goyal, a young Jain who gave a history of Gandhi; Laurent Milne, who wrote and performed a powerful monologue about becoming “Color Blind;” a children’s Peace Chorus led by New Jersey teacher, Mr. Ray; and the students of teacher George Anthony’s conflict resolution program at Susan E. Wagner High School on Staten Island, NY. The students delivered highly personal accounts of being bullied for their diversity and choosing nonviolence. They also ended with “May Peace Prevail on Earth.”

WPPS UN Representative Deborah Moldow led everyone in the World Peace Flag Ceremony, accompanied by PowerPoint projections of regional maps, country names and photographs. Everyone participated with great joy, sending the message of peace to each region. 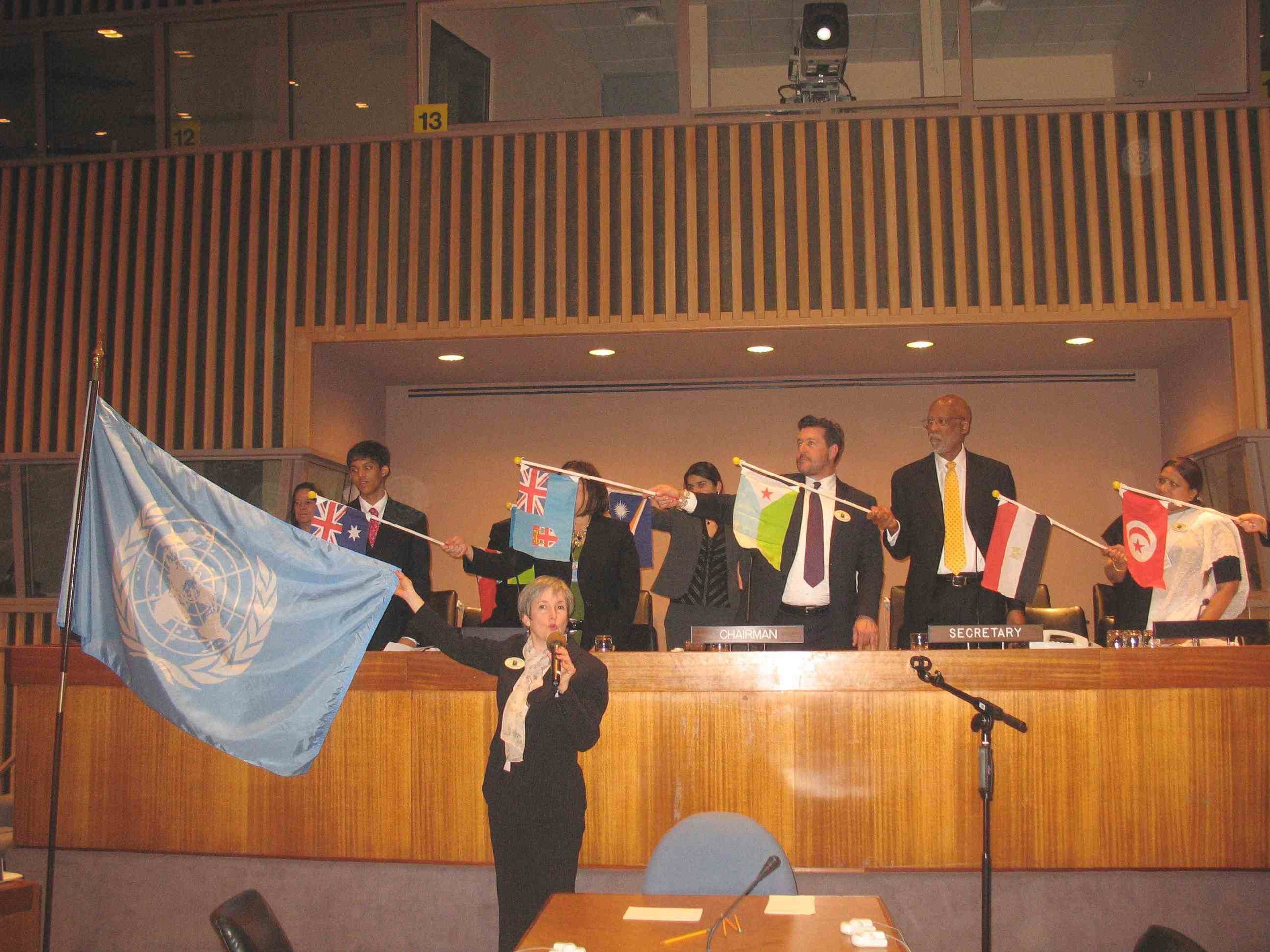 For the finale, everyone stood – including the speakers – and pointed their flags at a large flag of the United Nations, envisioning a world of nonviolence for a final heartfelt, “May Peace Prevail on Earth!”Our appreciation goes to the Temple of Understanding for their outstanding organization of this stirring event, which will be long remembered by the students and educators. 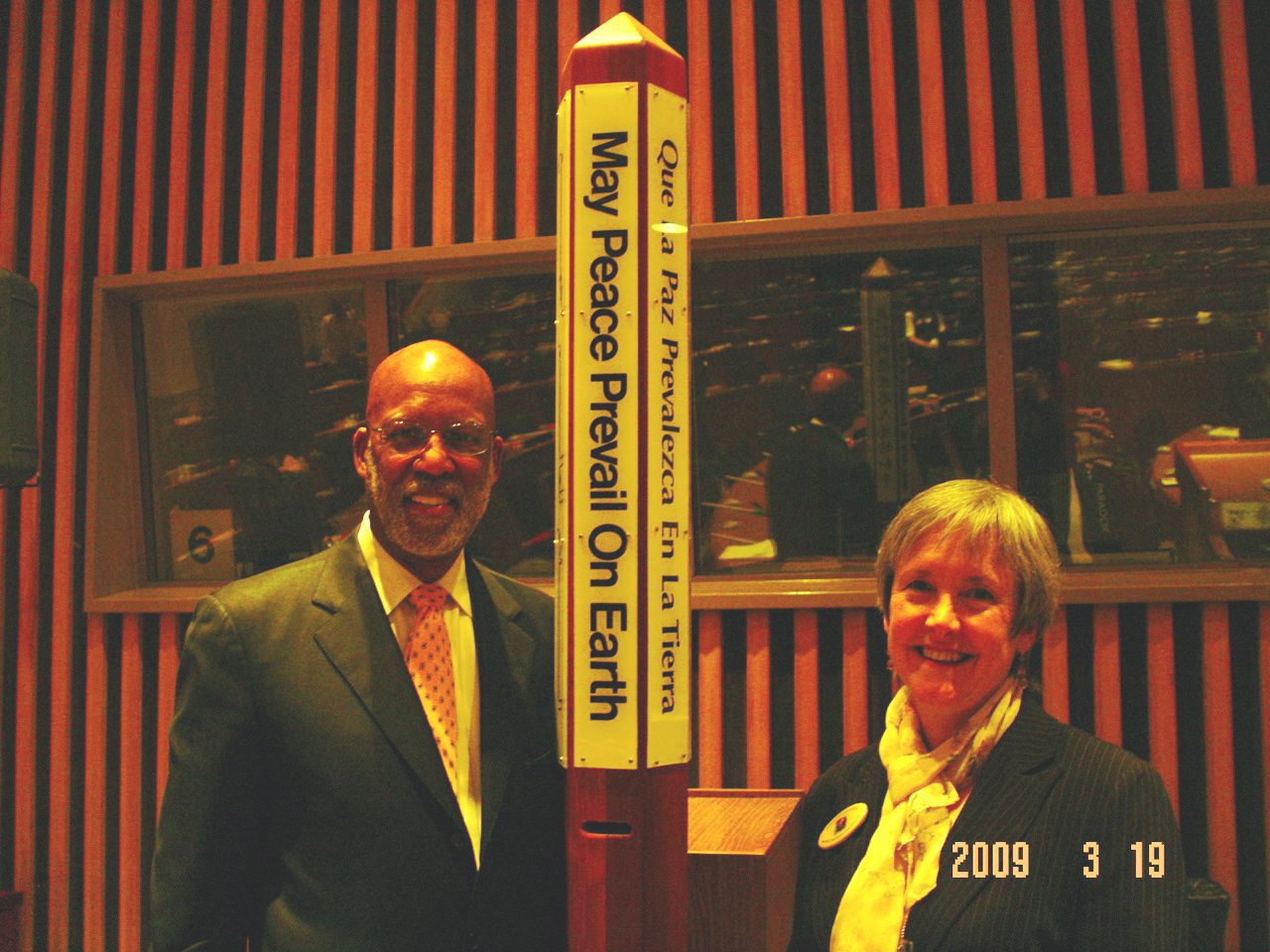