THIS IS THE STORY OF THE CACTUS. 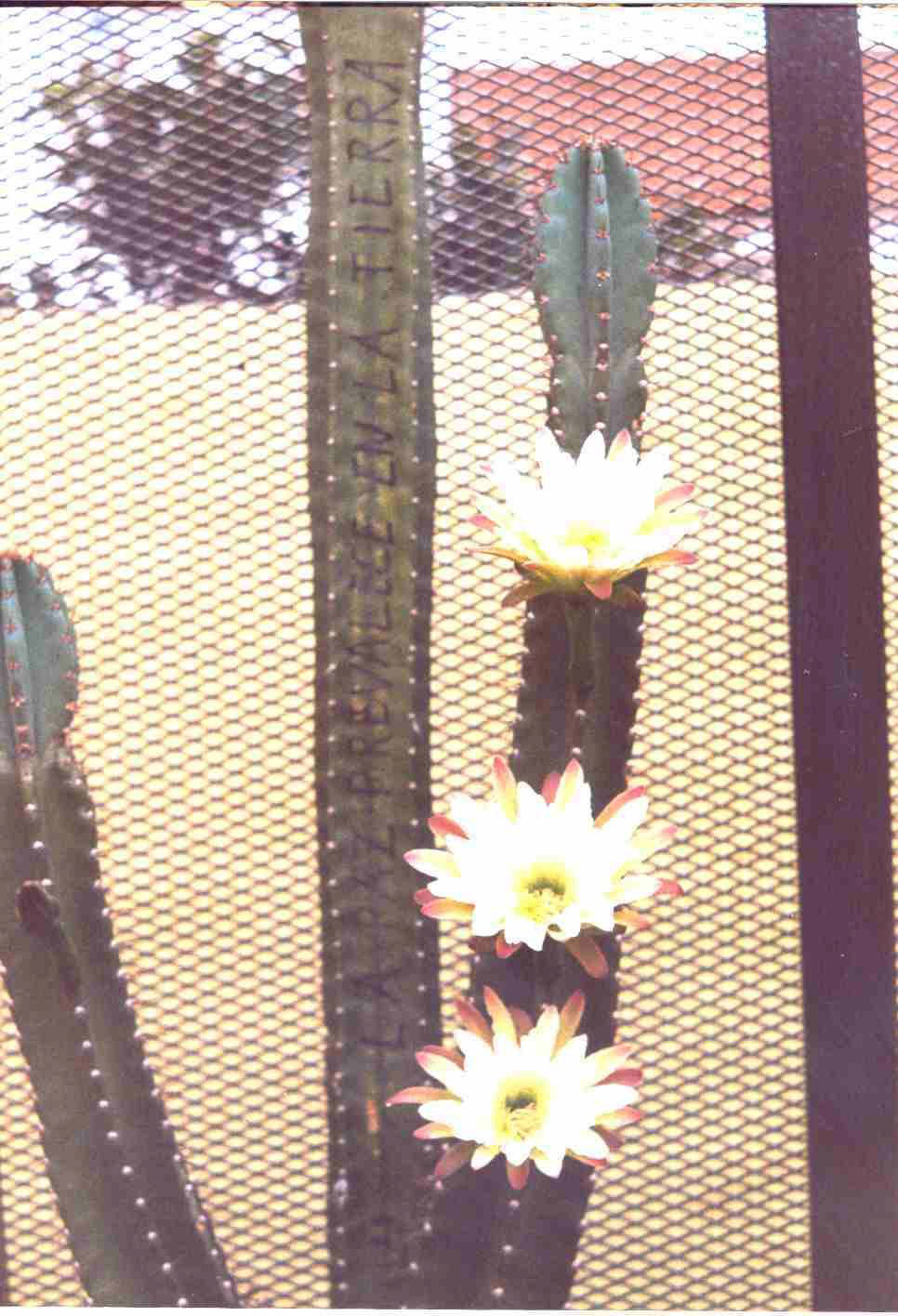 This cactus has been growing in a pot, in my small terrace since 2000.

In 2008 after the Annual Gathering of the Peace Project in Uruguay, I decided that my cactus looked like a Peace Pole.  It was now 2.25 meters high.

On January 7th, 2009, I gently engraved the Peace Message Que La Paz Prevalezca En La Tierra just onto the surface of its outer layer.  Amazingly, I was not stung by its thorns.

12 Hours later, 12 buds had appeared.  The next morning 3 flowers had opened up. Then 3 more buds appeared both on top and bottom. Over a short period of time, 15 flowers bloomed in all!!