Monica Willard, Peace Representative of The World Peace Prayer Society took part in the ‘All Nations’ Peace Concert’ which included a World Peace Flag Ceremony– sending prayers for peace for all the people in the world. The concert was one of the offerings during the Bethlehem First Night festivities in Bethlehem, Pennsylvania.  The All Nations Peace Concert was held at the Lutheran Church in Bethlehem, PA.   Jackie Tice organized the performers to represent the four directions.  There was a jazz performance to represent the black, Native American for the red, tabla drummer from India for the yellow and a mime for the white.

When the bombing in Gaza began, we held another flag ceremony at my house.  As we prayed for the countries together, people were asked if they had a special concern or connection with a particular country.  They were asked to take the flag after a prayer was offered, share their connection or concern and then place it in a special container on the table decorated with a quilt made for the Season for Nonviolence. 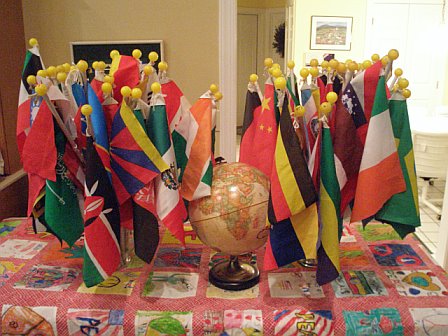 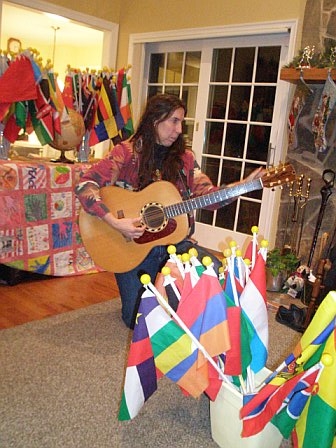