The World Peace Prayer Society was a proud co-sponsor of the annual UN observance of the Season for Nonviolence on March 12, 2008. Close to 700 students attended from 30 schools from New York and surrounding states.

Guest speakers included an official from the Permanent Mission of Tanzania to the United Nations, Stella Schuhmacher of the Child Protection program at UNICEF and the renowned new thought minister, Dr. Michael Beckwith, whose stirring keynote address inspired the youth to bring forth a culture of peace. 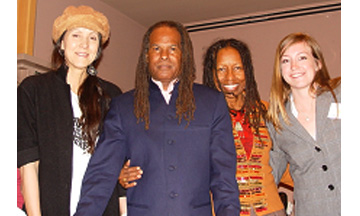 Songs were offered by the “Through Our Eyes” choir from New Jersey, many with disabilities. Youth speakers included Molly Taylor of the Association for Global New Thought on their new PeacePort program, and Liberian refugee William Gyude Moore, who gave a rousing talk about the future. Then 40 students from Susan E. Wagner High School recited in turn why he or she is the “Face of Peace” – in spite of all ethnic and racial stereotypes. They closed by calling out together, “May Peace Prevail On Earth!” 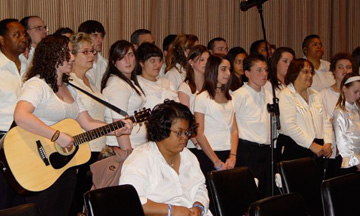 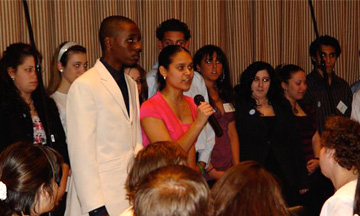 The grand finale was a World Peace Flag Ceremony led by WPPS UN Representative Deborah Moldow and Mrs. Rickie Byers Beckwith, featuring a special “May Peace Prevail On Earth” chant by the Through Our Eyes Choir. Michael Beckwith offered final uplifting words and a vote of thanks. The energy of excitement and possibility was undeniable in the large conference room, as the words “May Peace Prevail On Earth” rang out in the air. 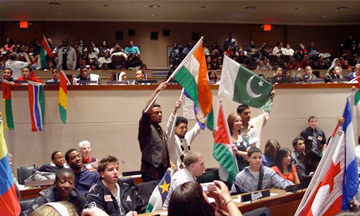 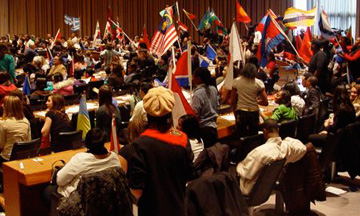 WhatsApp
Share
Email
Tweet
Pin
Share
Posted in At The United Nations, The World Peace Flag Ceremony
← Danny Garcia Walks for Peace-March 20, 2008An Invitation to Youth Around the World!-March-2008 →