On the Saturday, March, 2018 a remarkable thing happened in the United States.

The March For Our Lives was held to call attention to the need for tighter gun legislation across the United States!

It was estimated that 800,000 people filled Pennsylvania Avenue and all the side streets. 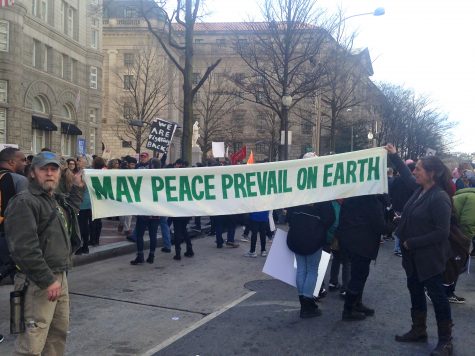 Five weeks earlier, a former student from a Florida high school took the lives of 17 individuals with a firearm.

From the main stage (with the U.S. Capitol Building as a backdrop) students from across America spoke about their personal experiences with gun violence. 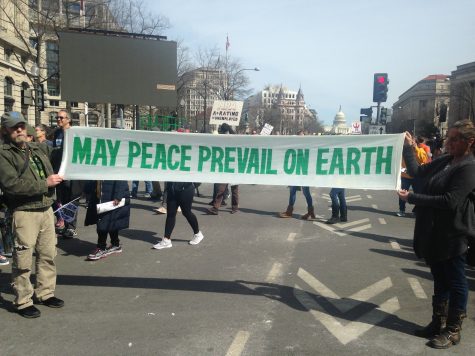 Students from Marjory Stoneman Douglas High School led the way for the March For Our Lives to take place in Washington,  D.C., with over eight-hundred sibling events around USA and across the globe.

Turnout across USA was estimated between 1.2 million and 2 million people, making it one of the biggest protests in American history!

Of course the message May Peace Prevail on Earth was there.