“Next Summer I’m going to walk to Syria!”  That’s how it started.

In 2015, I was standing in my dad’s garden and out of the blue this idea appeared. Strangely enough the idea felt so normal. Like it was just some little walk around the neighborhood.

Except Syria was 6000 km away and plagued by one of the worst civil wars in modern history.

I didn’t think more of the idea for many months. I told my parents who were a bit worried. My friends just smiled and said, “ of course you should walk! 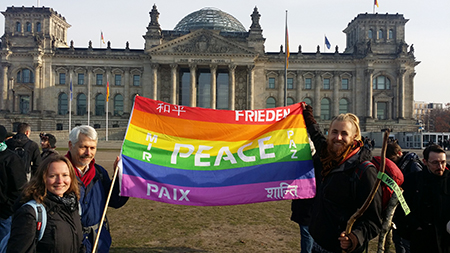 In 2016, just a few days before I was going to begin, I sat in a wonderful ceremony on a Swedish island. And the idea came back, with a twist:

“I’m not just walking to Syria. I’m going to keep walking around the Earth until we create world peace.”

I thought, “Oh… okay. That’s good to know before I start I guess…”

12 of June 2016, I began walking.   For six months, I walked 2000 km to southern Germany and met people from all over the world. New and old friends from Norway, Australia and even Syria walked with me towards peace. Peace inside ourselves and peace in our world. 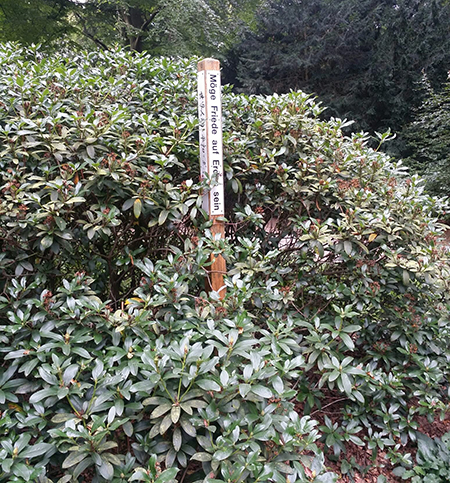 When I came to Hamburg a strange thing happened. I was just going to cross a park when I saw a pole protruding from a huge bush. “Möge frieden auf Erden sein” were the words on it. I looked on the other side as my German was still very limited and found the following phrase “May Peace Prevail on Earth.”

It was a Peace Pole, and it wasn’t the first I had passed. Although I didn’t know it at the time, I had been sitting next to a Peace Pole in Sweden when I visited a spiritual community just before I was going to begin walking. 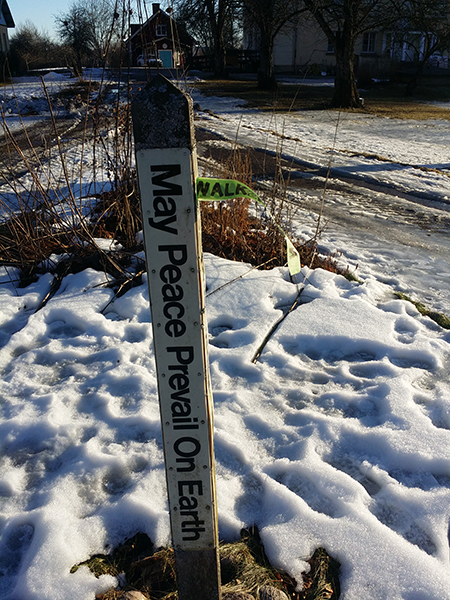 And it wasn’t the last. Close to the old border between East and West Germany, I passed a house that I felt drawn towards. On the roof were colorful Tibetan prayer flags (always a good sign). I got invited for tea to the couple living there and they were very happy to know about my peace walk and gladly showed me another Peace Pole in their garden! 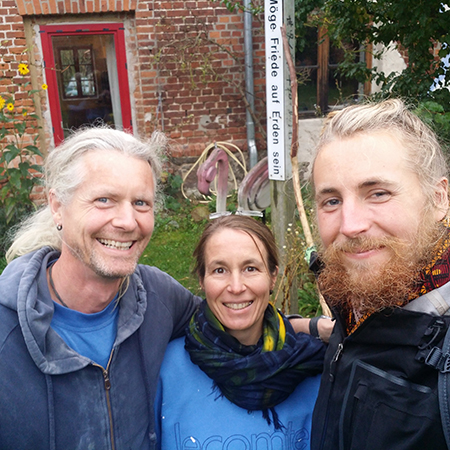 Right now I’m sitting next to my dear grandmother in Sweden. In the winter I decided it was time to return to Sweden to be with her in her last phase of life and take a brief pause from the peace walk. This gave me wonderful meetings with my dear family and friends and time to contemplate and plan the next part of my walk.

In a little more than a month I will resume walking from South Germany through Central Europe. Passing Prague, Vienna, Budapest and Istanbul on my way to peace.

You are most welcome to join, support and spread the word!

And may we do everything in our power to make it so.

I promise to do everything in my power to create peace.