Artwork from 2016 Peace Pals International Art Competition  were displayed at the “Family Education Center” (also known as the “FABI Center”)  in the town of Celle, Germany. 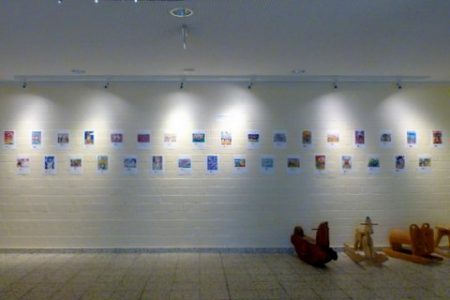 Celle is located one hour south of Hamburg.

In the Family Education Center, parents and children can subscribe to a variety of courses, such as:  studying foreign languages, computer classes, arts, culture, and more.  FABI Center is open to the public seven-days a week. 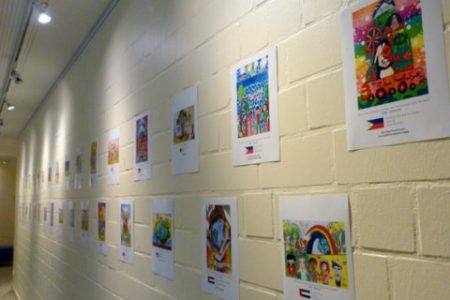 Mrs. Kristina Bork,  an Art Instructor  at the FABI Center, introduced the 2016 Peace Pals International theme  “Unity in diversity” to the Management.

It was agreed that 50 pieces of artwork will be exhibited from November 2016 to January 2017. 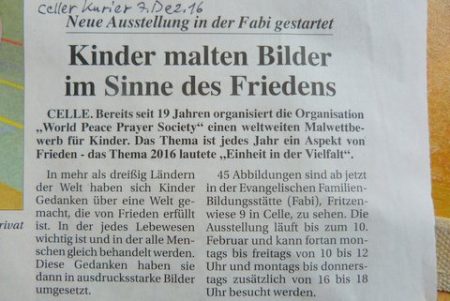 The local newspaper of Celle reported on the inauguration of the exhibition. At one stage,  a few Syrian refugee women studying German at the FABI Center looked at the painting trying hard to understand what the exhibition is all about.They were so pleased to find the peace message,  “MAY PEACE PREVAIL ON EARTH” written in the Arabic language on one of the paintings submitted by a child from the United Arab Emirates.