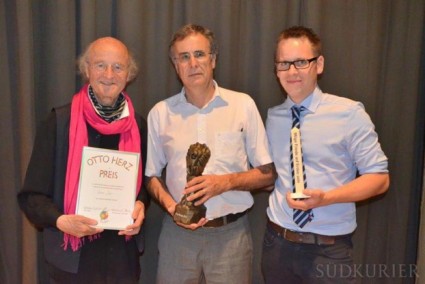 On the far left in the photograph is the German School System reformer, Mr. Otto Herz.

Mr. Herz designed this  peace card  and he opened the way for me to the UNESCO School’s Germany website which then suggested a flag mandala for their 2016 Project Day.

Whenever Mr. Herz attends school events as a speaker, he takes something from WPPS with him – if it feels right to him.

Last week he spoke at the headmaster’s farewell of a large German “Gemeinschaftsschule“ and gave the new headmaster  (on far right in photograph) a desktop Peace Pole.