A week-long event took place in the west coast beach town of Zihuatanejo, Mexico, located in the State of Guerrero.  The event was organized by the Zihuatanejo Peace Committee which was founded by WPPS Peace Representative Patricia Ann Talley who planted the first Peace Pole in the center of town 5 years ago.  The directorship passed to Wendy Carbajal this year with Patricia still serving as honorary board member and advisor.

The event was supported by a large number of local organizations and businesses including the Rotary Club, University of Tourism and the City of Zihuatanejo as well as North American based organizations including WPPS, the UN NGO committee for the International Day of Peace, the Peace School of Chicago, Wayne State University, CoNGO, Cercle de Paix and the Detroit Renaissance Peace Center. 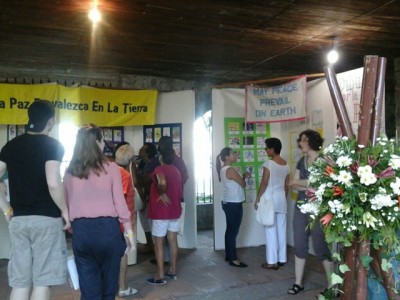 The week opened with a WPPS Peace Pals Art Exhibition which was held at the Archeological Museum.  The Ambassador of Peace Exhibition features artwork from 86 countries by artists aged 5 through 18, collected over the past 17 years the Peace Pals Art Awards program has been in action.  Each artwork includes the message May Peace Prevail On Earth. 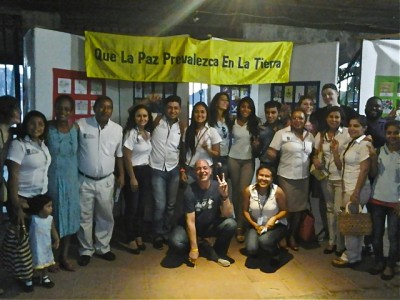 A number of “Peace in Action” webinar conferences took place during the week, inviting dialogue and presentations by UAGRO Mexico and visiting Wayne State students on the topic of social justice, with participation from Saudi  Arabia, France, Canada and New York.  The Peace in Action educator’s peace conference highlighted various topics on creating a culture of peace. 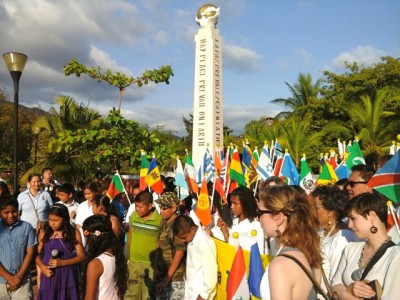 On February 9th the grand finale was celebrated with a World Peace Flag Ceremony around the Peace Pole. To open the program, children from Casa Pacifica presented a short play and led us in singing “We are the World.”  The first nation peoples from the area also blessed us with their ceremonial dance and ritual. 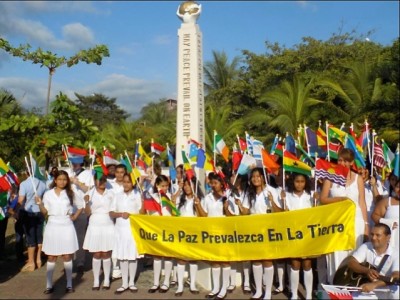 After the World Peace Flag Ceremony, youth from the Alliance program led a peace march through the center of town to the municipal playground where the Mayor Luis Fernando Vergara Silva and State Governor Rogelio Ortega Martínez officiated the ceremony to certify Zihuatanejo as an International City of Peace. 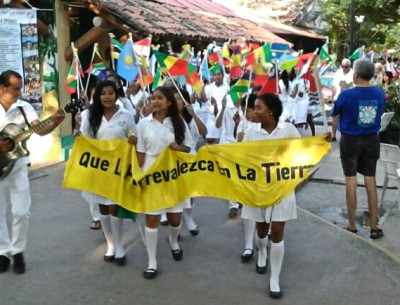 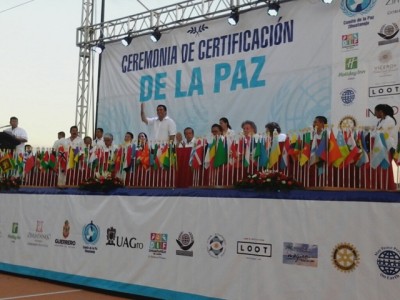