On September 27th, there was a sudden explosion on  Mount Ontake in Central Japan where a Peace Pole was planted by WPPS volunteers awhile ago.  In our amazement, the Peace Pole with minimum damage is still standing atop of Mount Ontake.  Unfortunately, 56 climbers died and 7 are still missing, as of  October 15, 2014.

It was shocking for the Japanese people since the mountain was popular for climbing, and assumed to be absolutely safe from volcano eruption. 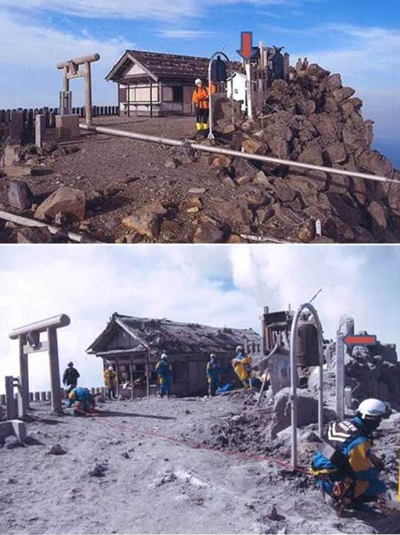 We pray that the victims sleep in peace.