Last fall, Tatomir Ion-Marius, WPPS Peace Representative met with Morgana West, Manager of the Pilgrim Reception Center in Glastonbury and introduced her to WPPS and the idea of planting a Peace Pole. She immediately showed interest and a few months later in January of this year, The Glastonbury Thorn World Tree and Peace Pole Community Day was organized. The event was attended by dignitaries who dedicated a Peace Pole together in the center of town by the historic Glastonbury Holy Thorn. Tatomir took part in the opening Ceremony by lighting the six flames of Peace in the Town Hall before the gathering proceeded outdoors to plant the Peace Pole in front of the Abbey. Caroline Uchima of WPPS Scotland also attended this significant Ceremony. 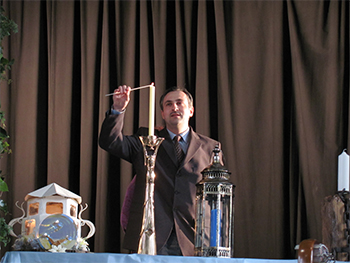 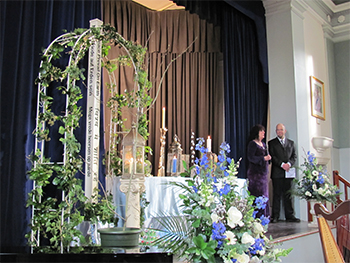 For more details of the event visit:
http://www.glastonbury-pilgrim.co.uk/holy-thorn-news.php