Zdar is an old village near Mlada Boleslaw in Czech Republic. In this village is an Aikido Club Zdar and pension established by Mr. Karel Patek and his wife Helena.

Mr. Patek is a retired Prague University teacher of physics and a successful businessman and president of a computer company. But he decided to leave Prague- (which is the Capital of Czech Republic) a few years ago and move with his family to Zdar. As an Aikido instructor he established his own Dojo and he teaches Aikido to local people.

On April 15th, 2012, Mr. Patek’s planted a Peace Pole on his personal property near the Aikido Club and had a Peace Pole dedication ceremony. Participants included friends from the Netherlands, Aikido Club members, community members and Jacek Kozloski, WPPS Peace Representative in Poland.

Karel and Jacek explained the meaning of this special Universal Peace Message “May Peace Prevail On Earth.”

Participants were each given a piece of paper and asked to write their own personal peace message. Peace messages were then placed inside the Peace Pole. 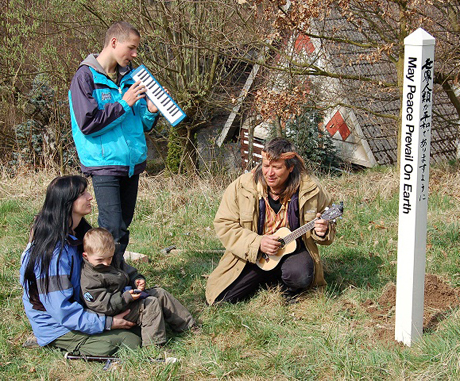 Upon concluding the Peace Pole dedication, Karel with his family chanted a beautiful prayer together. Then everyone stood in a circle around the Peace Pole and announced “May Peace Prevail On Earth” in English, Japanese, Czech, Polish and Dutch, together in harmony and love. 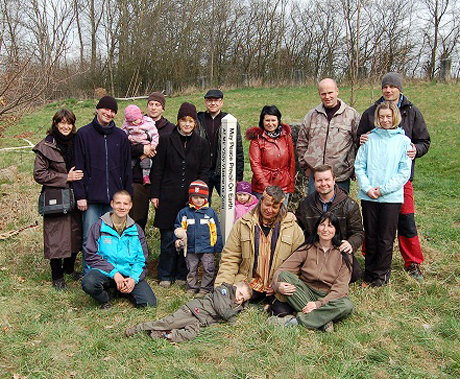