A rare event took place in the UN General Assembly on February 7, 2012: religious and secular leaders from around the world gathered to affirm “Common Ground for the Common Good” to mark the close of the second annual World Interfaith Harmony Week (February 1-7).

The program, hosted by the President of the General Assembly, H.E. Mr. Nassir Abdulaziz Al-Nasser, was organized by a team of UN NGO representatives that included Deborah Moldow of the World Peace Prayer Society and WPPS Peace Representative Monica Willard, both officers of the Committee of Religious NGOs at the UN. 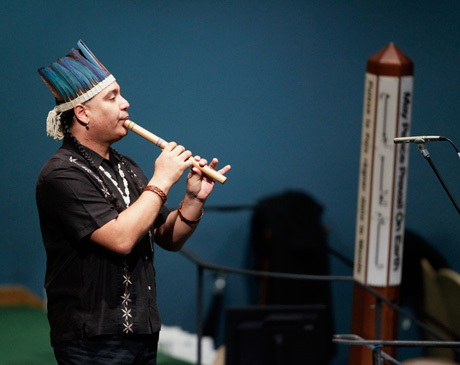 The program featured Deputy Secretary-General Asha-Rose Migiro and diverse voices, religious and secular, from all over the world, echoing the theme of harmony and the foundation of values shared by both religious groups and the United Nations itself. Four “pillars” of the President of the General Assembly were also addressed: Conflict Mediation; Disaster Prevention and Response; Revitalization of the UN; and Sustainable Development.

The star speaker of the day was young Yuka Saionji, daughter of Chairperson Masami Saionji and President Hiroo Saionji of the World Peace Prayer Society. Ms. Saionji has been working among the Japanese youth who lost so much during the 2011 earthquake and tsunami and needed to find the confidence to rebuild. She brought tears to everyone’s eyes as she spoke movingly of the importance of prayer, and how much the prayers and support from around the world brought comfort to the Japanese people – and she received a standing ovation. 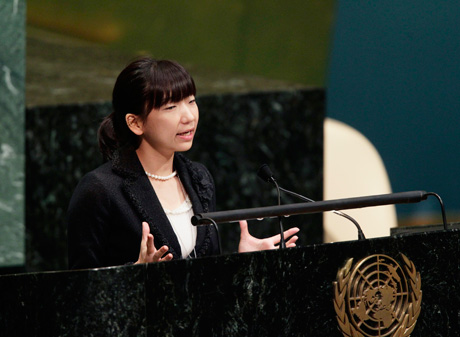 Monica Willard, who represents the United Religions Initiative at the United Nations, stated that the purpose of the event, which honored GA Resolution A/RES/65/5 establishing World Interfaith Harmony Week, was to fill the General Assembly with love. This was accomplished with speakers offering the wisdom of their traditions and also with music, which included an indigenous flute, a chamber ensemble and the Salvation Army New York Staff Band. The Children’s Theater Company offered a delightful presentation of peace quotes and a song of unity by a joyful troupe of young people.

The spiritual highlight of the program was a tree ceremony, co-led by Deborah Moldow with Taj Hamad of the Universal Peace Federation. Representatives of eleven religions were invited to come forward to give water to a common tree, symbolic of nurturing our common ground. The beautiful music of Paul Winter, a member of the WPPS Founding Advisory Board, was a magnificent complement to the ceremony. Deborah closed with “May Peace Prevail on Earth.” 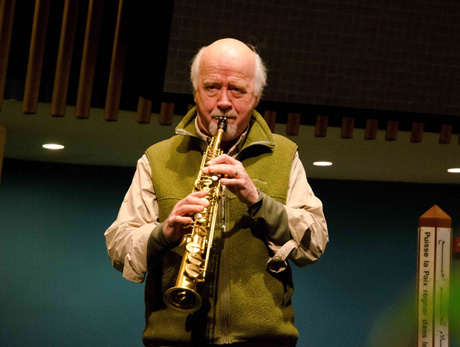 All speakers and organizers came onto the stage for the final music of the ceremony and the concluding remarks of the President of the General Assembly, who stated that, “the fruits of religious dialogue and understanding offer the hope of a new era of peace for all humanity.” 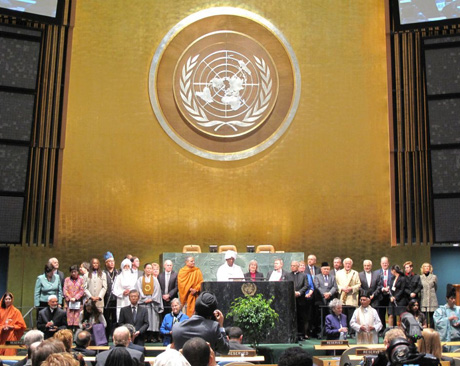 In the great hall of the nations of the world, 1200 active listeners – along with many watching the webcast from different parts of the world – each held a shared vision of a culture of peace throughout the program. The Peace Pole next to the stage silently expressed our “Common Ground for the Common Good,” as it anchored a new spirit of harmony and peace.