The World Peace Prayer Society was invited to be an official partner of the first Dakhla International Gathering featuring youth and human security.
Young people from 44 countries met in the city of Dakhla in southern Morocco to share their views and opinions on human security, economic prosperity and world peace.

Patronaged by Moroccan King Mohammed VI and organized and hosted by the organizations, Association d’Etude et de Recherches pour le Développement, the Forum des jeunes Marocains du 3eme Millénaire and the Agence du Sud, this four days conference taking place from 1-4 December 2011 had the objective to promote world peace among young people on and from Moroccan soil and its politically sensitive southern territory of Western Sahara.

King Mohammed VI launched some democratic reforms and therefore changed the country’s constitution in July 2011 which led to parliamentary elections in November 2011 as Morocco’s response and contribution to the “Arab Spring.” Hence, the Dakhla International Gathering took place in that spirit of reforms by giving a voice to young people; knowing that more than of half of moroccan population is under 25 years old.

The World Peace Prayer Society, represented by Executive Director Fumi Johns and Peace Pals Director Jules Lamore had a prominent role to play in the conference program. Fumi Johns gave a workshop for young people on human security and world peace after she delivered some opening remarks on the first day to a prominent audience of international youth delegates and political and economic dignitaries of the region of Oued Addahab Lagouira – the region where the city of Dakhla is located. 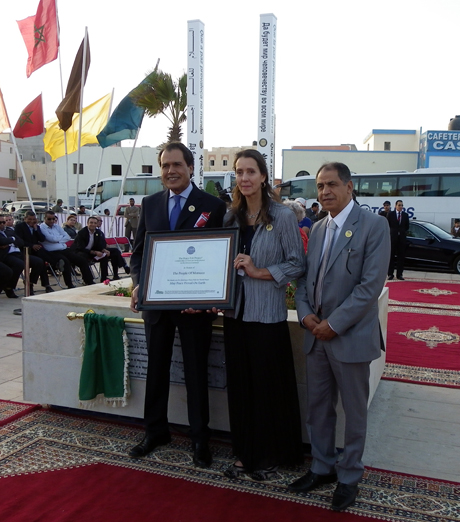 A major highlight of the conference was a World Peace Prayer Ceremony with the flags of all the countries of the world Jules Lamore organized and handed over to youth delegates and other youth participants, followed by two Peace Poles dedicated during an official special event on Dakhla’s main plaza on 3 December. On that occasion, WPPS Executive Director presented a framed message of peace and gratitude dedicated to the people of Morocco to the Governor of the Dakhla region and official representative of His Royal Highness King Mohammed VI of Morocco. Also, youth delegates read their Dakhla Youth Declaration addressed to King Mohammed VI to the audience in Arabic, French, English and Spanish. 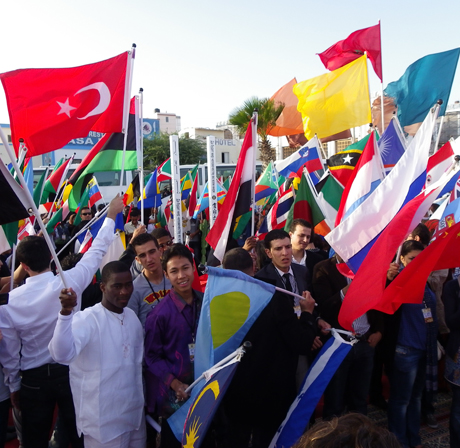 Goi Peace Foundation representative Patrick U. Petit assisted Fumi and Jules by translating the speaches and some texts from English into French. The Dakhla International Gathering was majorly held in Arabic and French. 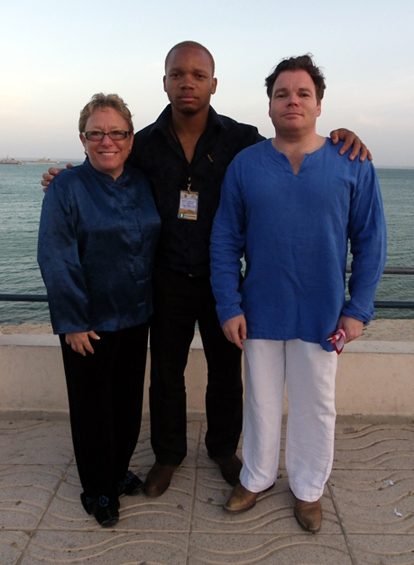 In addition to the plenary session, conference participants visited various natural sites and social institutions like for instance the Dakhla orphanage center, a tomatoe plantage and the white dune of Dakhla, a prominent international tourism site for surfing and kiting.

As a Dakhla International Gathering follow up, a Culture of Peace award will be presented by The World Peace Prayer Society to His Royal Highness King Mohammed VI in the moroccan capital city of Rabat on 30 July 2012, a date which marks King Mohammed VI’s enthronement anniversary. A special event will be organized on this occasion by the King’s Secretary General Driss, who was the main organizer and host of the Dakhla International Gathering.

May Peace be in Morroco! May Peace Prevail on Earth!