The United Nations Educational, Scientific and Cultural Organization (UNESCO) is a specialized agency of the United Nations. Its stated purpose is to contribute to peace and security by promoting international collaboration through education, science, and culture in order to further universal respect for justice, the rule of law, and human rights along with fundamental freedoms proclaimed in the UN Charter. 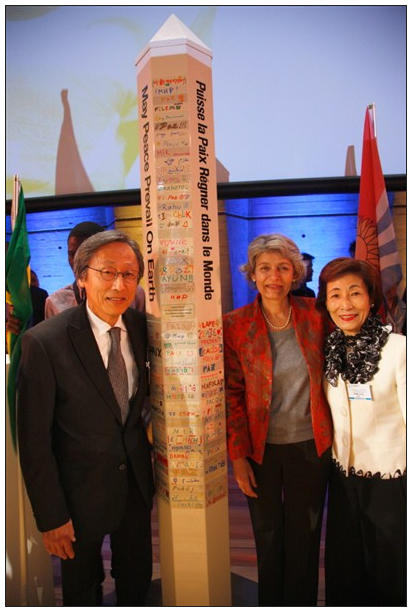 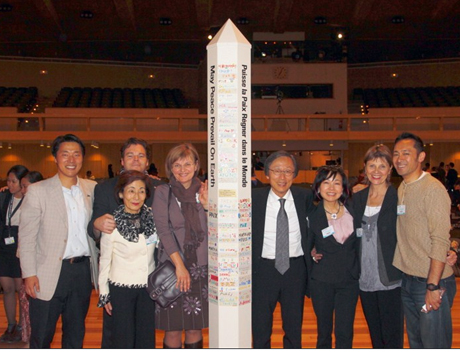 The 7-sided Peace Pole that was presented to the Director General of UNESCO on October 20th was delivered to UNESCO Headquarters for the week of the 7th Annual UNESCO Youth forum. 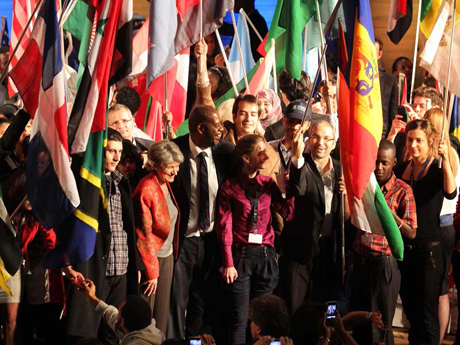 The UNESCO Youth Program closed with a World Peace Flag Ceremony.
May Peace Prevail On Earth!