We had a wonderful 16th Annual Nobel Peace Prize Festival. The students exhibits were outstanding and their performances (songs, drumming, dance movements) were fantastic! And, yes the jazz was upbeat and stirring. This year’s program honored the 2009 Nobel Laureate, President Barack H. Obama, for his extraordinary efforts to strengthen international diplomacy and cooperation between people. 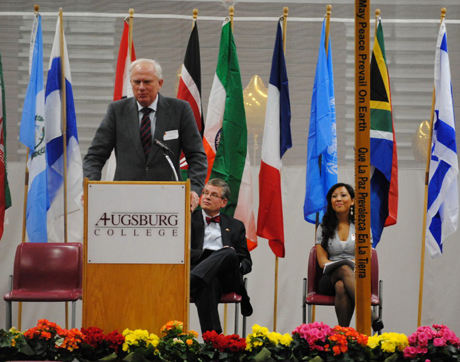 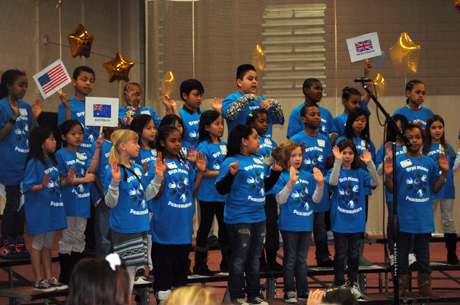 As, you know, over the past years I’ve had the honor of presenting a special Peace Pole seed to the guest Laureate and/or keynote speaker. This year’s keynote speakers were Dr. Geir Lundestad, Director of the Norwegian Nobel Institute in Oslo and Sec. of the Norwegian Nobel Committee and Mr. Mark Ritchie, MN Sec. of State. They both have been previous recipient of a special Peace Pole seed, therefore, after conferring with Dick Bernard, Vice-Pres. of World Citizen it was decided to gift the special Peace Pole to Anna Tu for her great job of being the Festival’s MC. 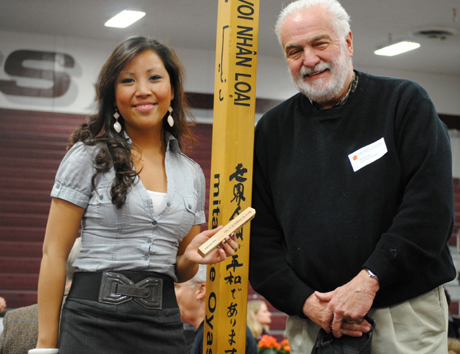 May Peace Prevail On Earth (MPPOE)!