Unity Made Visible, a cooperation circle of the United Religions Initiative, hosted a re-dedication ceremony of the Peace Pole at Antioch Baptist Church in Bedford Hills, NY on Tuesday, September 21, 2010. A beautiful interfaith ceremony on the theme of “Rededicating Ourselves to Peace” was hosted by Pastor Paul Briggs and members of Antioch, which was celebrating its 116th anniversary. Sunera Rahman of the Upper Westchester Muslim Society offered remarks on the meaning of light in Islam. Everyone gathered read a different inspiring quote from various peace leaders and sang together, “Let There Be Peace on Earth and Let It Begin With Me.” 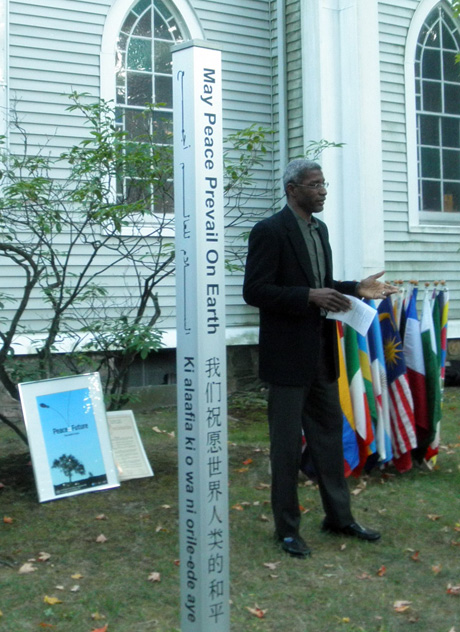 Deborah Moldow, who also leads the United Religions Initiative cooperation circle at the United Nations, led a moving World Peace Prayer Ceremony with prayers sent to many nations of the world as each flag was raised in turn. As the dusk grew deeper, everyone lit a candle for a circle of silent prayers. 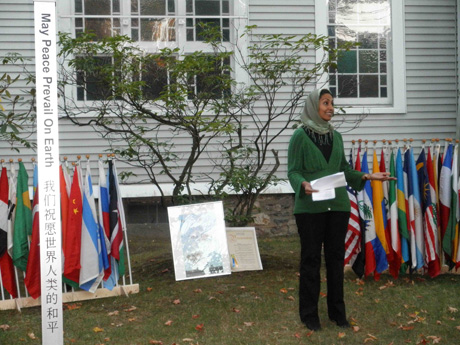 The event closed with a song about love and peace.

Unity Made Visible has become known in the area of Northern Westchester for its learning series about different faith traditions, its popular Food and Faith event, and its joyful community sings. 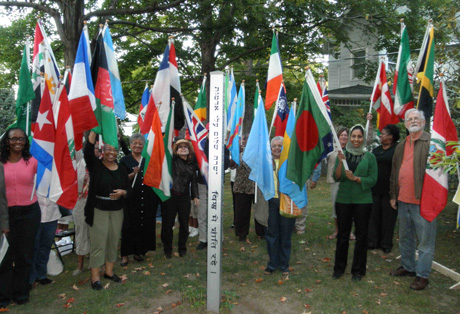