“Aani…Bonjour…Welcome to this World Peace Prayer Ceremony (WPPC) – a wonderful celebration in which people of all races, faiths and cultural backgrounds are invited to join in one voice and one spirit to pray for peace in every country of the world…” were the heartfelt welcoming words expressed by the Mistress of Ceremonies, Lori Adams, WPPS, Peace Representative in Canada.

Lori Adams, an active member of the United Church of Canada and the Sudbury Presbytery were pleased to host the colorful World Peace Prayer and Flag Ceremony (WPFC) on March 29th. The WPFC was the highlight for the United for Peace Campaign event which was held at St. Andrews United Church, in Sudbury, Ontario, Canada. The Campaign is to educate people about root causes of violence and about the work of the partners in Canada and around the world, and to prevent conflict and support reconciliation. 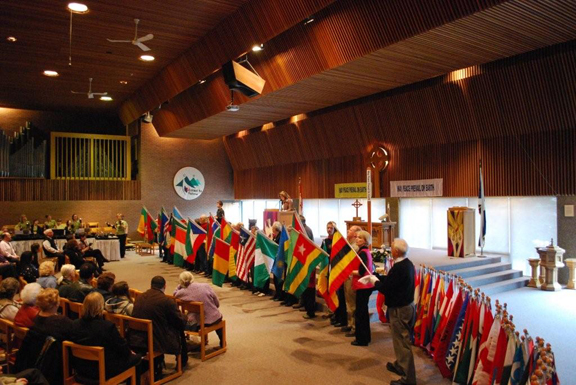 Ann Marie Williams, Assistant Executive Director at The World Peace Sanctuary, headquarters of The World Peace Prayer Society, traveled from  New York-USA to present the WPFC to a few hundred members. She began the Ceremony by saying, “this Ceremony has been presented on every continent and in every major city throughout the world, including annual Ceremonies held at the United Nations in honor of the Season for Nonviolence and the International Day of Peace.” The universal message of peace, “May Peace Prevail On Earth,” was offered as 195 national flags were presented. 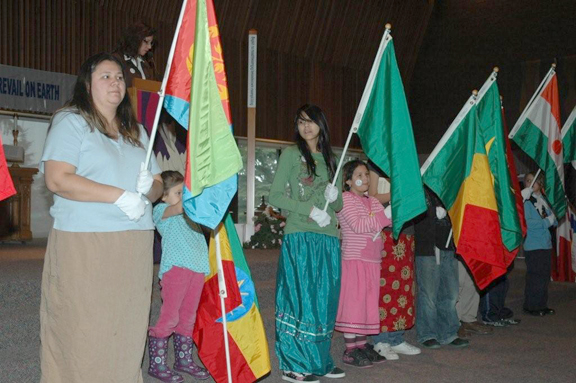 Leading up to the WPFC, Ann Marie gave an introduction to the international Peace Pole Project, in honor of the Peace Pole dedicated to the United for Peace Campaign. The Peace Pole was especially hand-crafted at The World Peace Sanctuary, by craftsman, Jim Dugan. It bears the peace message, in 4 languages: Cree, Ojibwe, French and English. The Peace Pole, placed in a wooden stand will be used at demonstrations and will travel to Peace Symposiums, Peace Initiatives and events hosted by the United Church of Canada. 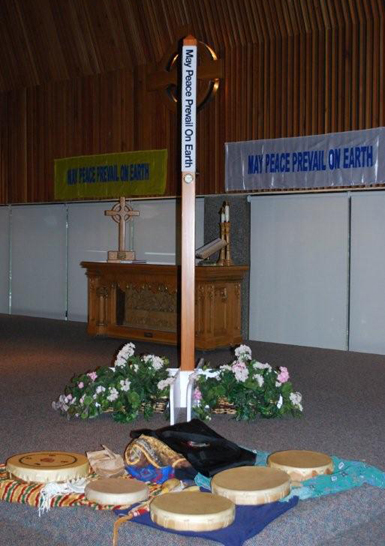 Barbara Peltier (and her grandchildren) gave blessings in First Nations tradition with a smudge, opening prayer and welcome song. 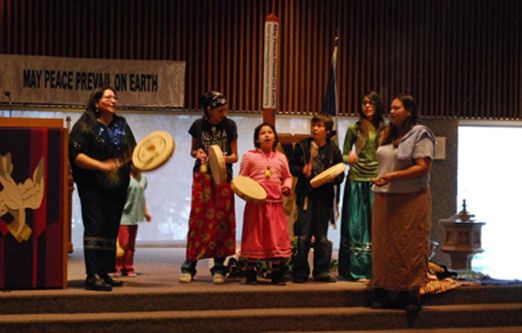 Chief Miller (photo below) was invited to say a few words of welcome as Chief of Atikameksheng Anishnawbek First Nation. Chief Miller also carried the Anishinabek flag during the Ceremony, preceding the Canadian Flag. Miigwetch! – “Thank-You” was expressed to the First Nations representatives in their native language, Anishaabeowin. 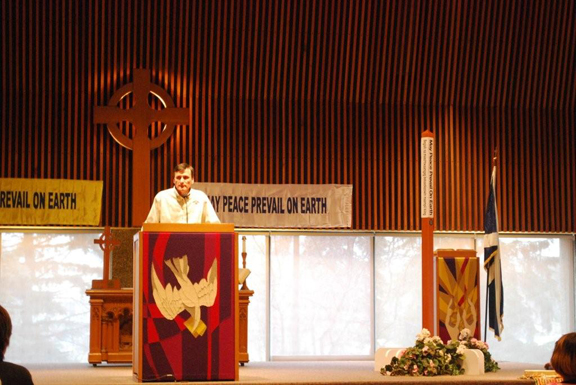 Also, the Honorable Glenn Thibeault, a Member of Parliament, gave warm welcome spoken in native French, then proudly carried the Canadian flag in the WPFC.

The Kampana Quartet had a special song for us and provided a random ringing during the Ceremony. The choir’s bell ringing had great significance in our peace ceremony. 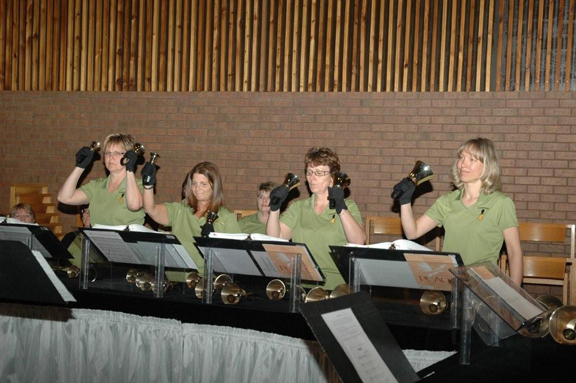 Lori Adams explained to the audience, “during WWII in Europe, community bells were silenced as they were confiscated and remade into weapons of war. Once peace was declared, bells rang throughout villages, towns and cities to announce, May Peace Prevail On Earth.” 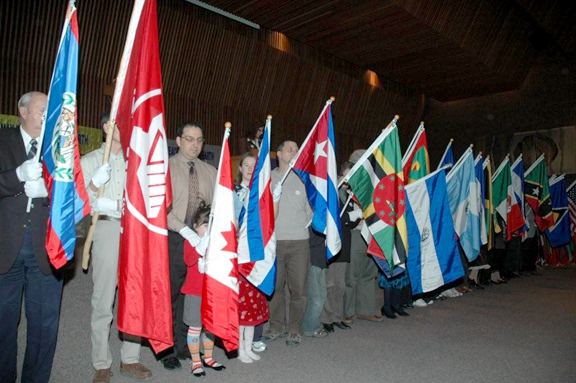 Sarah Craig is a well-respected singer/songwriter led the finale song, “Let There Be Peace on Earth.” 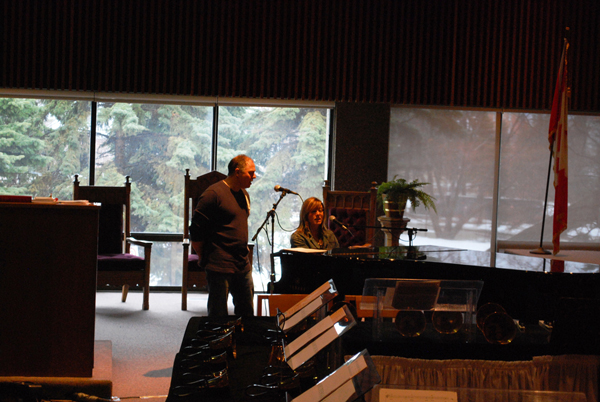