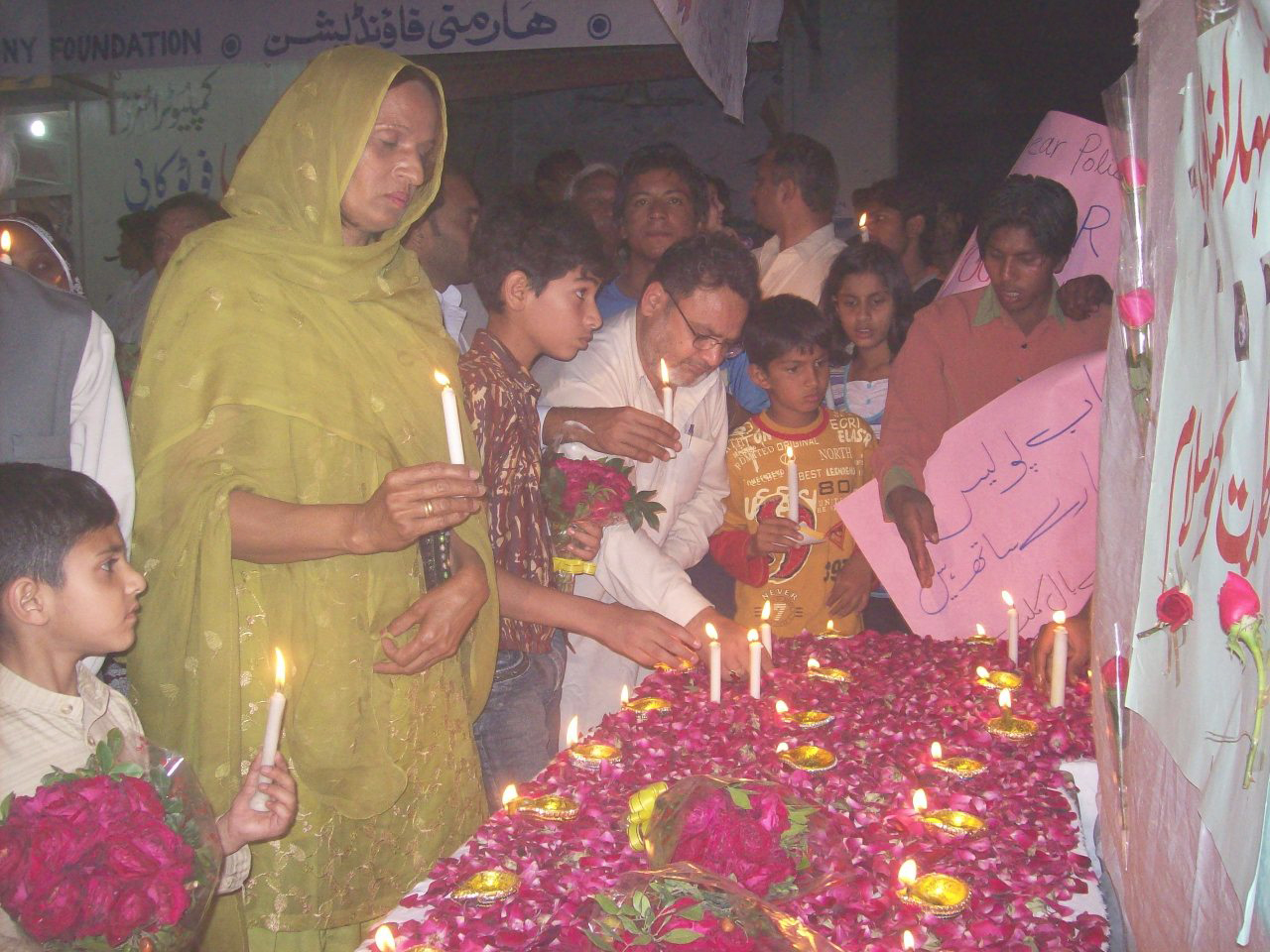 First, we installed a stall on Spring Festival in Faisalabad and Toba Tek Singh. The stall showed our banners, posters, stickers, newsletters and other material. We had peace prayer written on a big banner. The peace prayer May Peace Prevail on Earth and May Peace be in Pakistan was signed by more than 500 people. The Harmony Foundation stall was visited by youth especially girls, women, college and university boys, social workers, police, government officials and children. It was a very successful activity. You can see the pictures of the Spring Festival stall on the album http://picasaweb.google.com/toba.youth/HarmonyFoundationPictures#

Second big program we held on March 31 was the commemoration of the martyrs of the police training centre which was captured by the terrorists on March 30 and eight police trainees were martyred and more than 100 were injured. We gathered on the main crossing of the Toba Tek Singh city at 8:00 pm and more than 150 people lit candles in the memory of those police men who lost their lives in the terrorists attack. The program was attended by the mayor of the district, elected members of Provincial Assembly and police officers and women and youth. We also remembered all those martyrs who sacrificed their lives in the effort to build peace in the society. 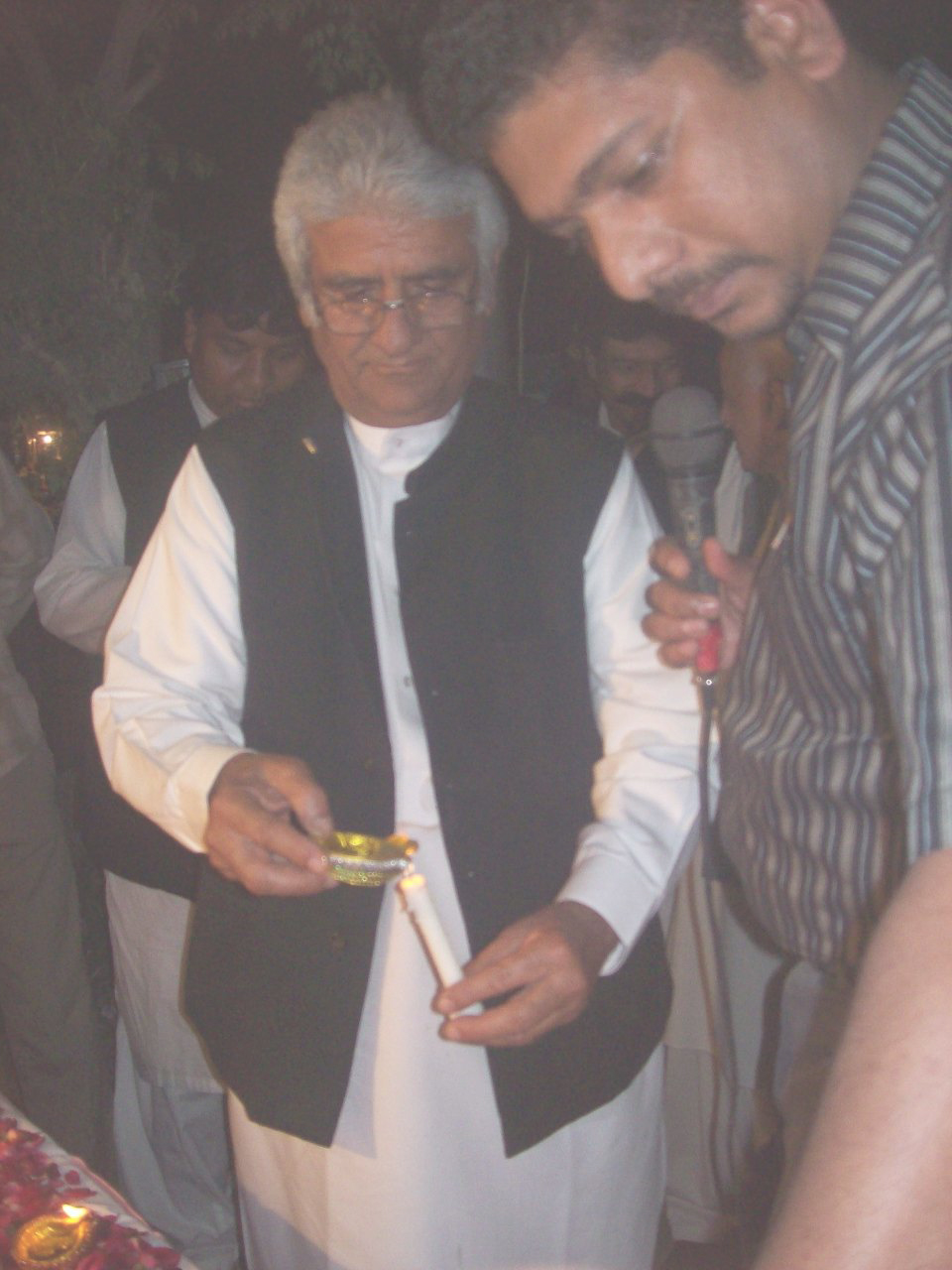