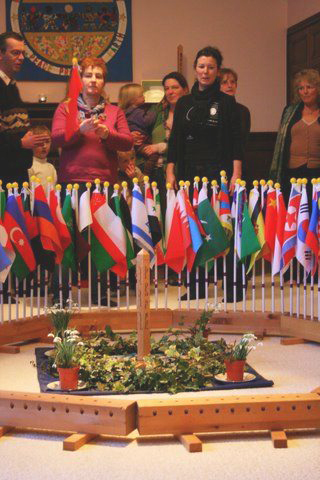 A World Peace Flag Ceremony held in the Peace Room at Allanton Sanctuary in Dumfries, Scotland to support the 2009 Festival of Middle Eastern Spirituality and Peace which is being held from February 28th to March 15th in Edinburgh. This is the fourth year that we have supported this event by having a Flag Ceremony and this year was the most successful. Allanton Sanctuary linked up with Dumfries Interfaith and Dumfries and Galloway Multicultural Association to help organise the programme. There were 50 people present including children. We started with live music, a Muslim call to prayer, a Nasrudin Story and then the World Peace Flag Ceremony in which everyone took part. Afterwards, there was a sharing of the common values in religion and a candlelit walk to the labyrinth followed by the most delicious vegetarian Middle Eastern feast. Everyone really enjoyed themselves.

May Peace be in the Middle East. May Peace Prevail On Earth. 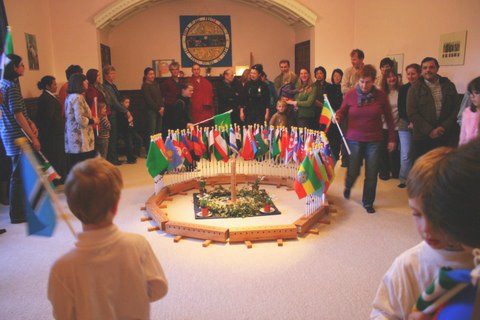 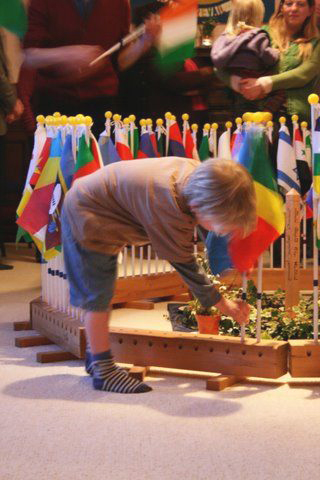 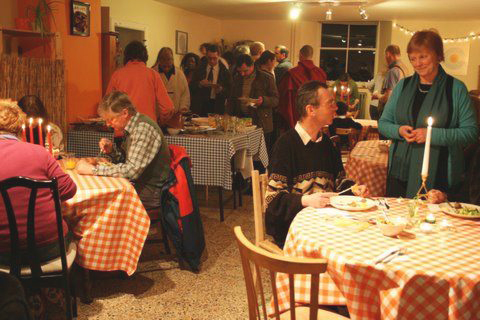