When I arrived in Pierrefonds at our retreat house called l’Ermitage Sainte-Croix, I had a beautiful surprise waiting for me. There was a monument near the conference hall all covered up. Raymonde told me that this was the Peace Pole! I was quite excited indeed. The Peace Pole is a tree from our property that had fallen during a big storm. Using this tree took on a greater meaning for us.

The meeting held in Montreal from July 24 to July 26 2008 was the leadership of the Congregation: the General Council, the Regional animators, and the Coordinators of the regroupings.

On the 26th Kesta Occident, superior general, commissioned everyone present in their Apostolic Mission. This was followed by a procession leading to the site of the Peace Pole. The Peace Pole was unveiled and blessed. The ceremony was lead by Raymonde Maisonneuve, general assistant. She explained the meaning of the Peace Pole and how prominent it was in the world. The message ‘May Peace Prevail On Earth’ was written in thirteen languages.  Raymonde also stressed how this was part of our commitment to Non-Violence. Hymns, Readings and Prayers were done in French, English, Spanish and Creole. A good group of Sisters from Montreal joined us for this important ceremony.  This was followed by dancing and singing. A real celebration! 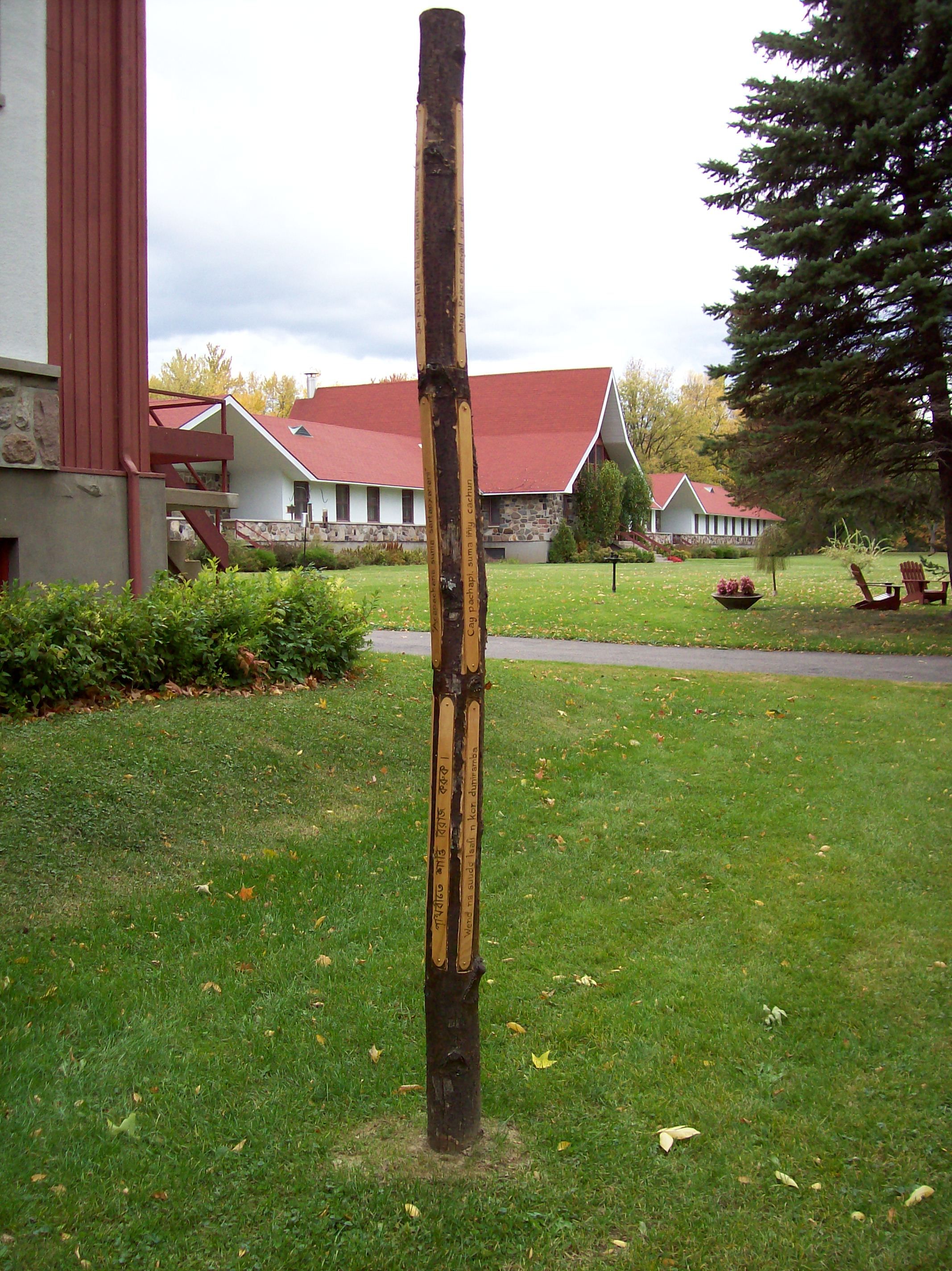