Renee Marie receives the Military Outstanding Volunteer Service Medal (MOVSM) for meritorious service during the period of September 11, 2001 to January 02, 2008, while serving as a volunteer Peace Representative for The World Peace Prayer Society. Her efforts have encompassed over 3,000 hours of personal time since 2001 and will continue to provide a positive, direct, and far-reaching impact on our Nation’s youth. 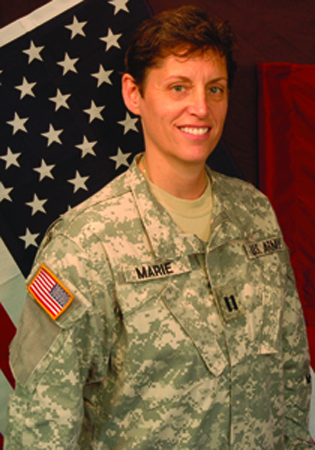 Since September 11, 2001, Captain Renee Marie has maintained a personal commitment to voluntarily educate school aged children in areas of conflict resolution, character education and multicultural awareness through her development of “Peace Poles for Public Schools” program.

In addition to the completion of the seven “Peace Poles for Public Schools” since 2001, Captain Renee Marie completed a Peace Pole Garden on a private school campus in Connecticut, the Town Green in Fair Haven, Vermont and recently dedicated an additional Peace Pole to the “Warriors In Transition” for their dedication to secure the Nation’s peace December 7, 2007, Pearl Harbor Remembrance Day, at the California Community based Warrior Transition Unit, McClellan, California. 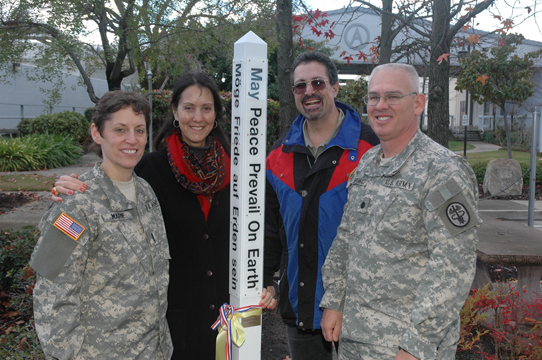 Renee Marie, expressed this, “It will cause joyous opportunities to talk on behalf of The World Peace Prayer Society and its universal mission and message, May Peace Prevail On Earth and The Peace Pole Project.” “For every listener, for every participant ~the story becomes seeds… “