Our annual “A Call to Peace” festival was held at the World Peace Sanctuary in Wassaic, New York  on August 9th, 2008 to spread the message, “May Peace Prevail On Earth.”

This year, the annual program also marked the 20th Anniversary of the World Peace Prayer Society.

The ceremony included many speakers with a variety of musical accompaniment, to include Taiko drumming by Keizo Aoi and musical interlude by Chris Ruhe and the Howland Wolves. 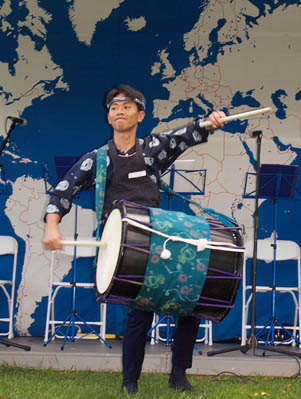 The power of the prayer May Peace Prevail On Earth resounded throughout the day’s flag ceremonies and events. 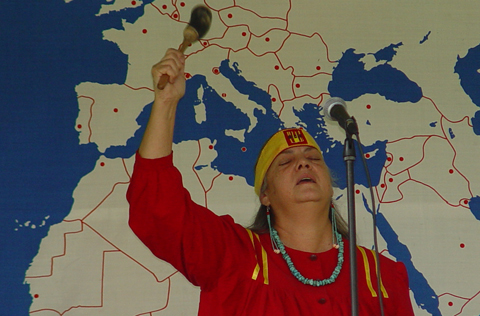 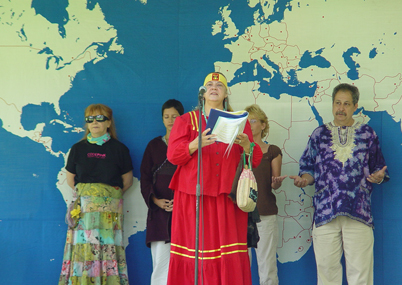 “A sincere prayer is more powerful than the atomic bomb,” said Fidel Moreno, a Native American Indian from Mexico during his closing moment on stage. 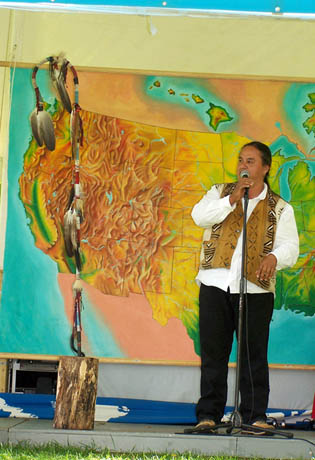 Ann Linden of the Amenia Historical Society, who was asked to be a guest speaker, spoke about the history of The World Peace Sanctuary’s property in Wassaic. Linden began with the Native American Indians who founded the land looking for the spring on the other side of the forest. 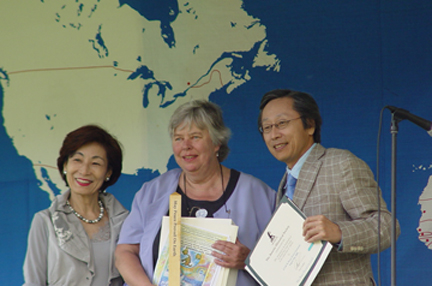 “The water always ran pure and always flowing. It is a symbol of our wish forever,” said Linden adding that the wish for peace is pure and continually flowing. “The spring keeps flowing and prayers keep flowing and this land becomes a sacred place.”

A Japanese cultural center, crafts for children and the peaceful grounds of the sanctuary were also there to explore for those who attended. 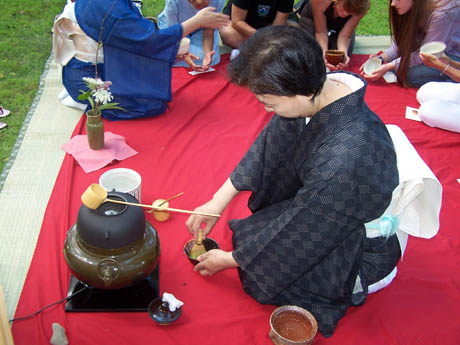 Peace at the Japanese Cultural Center. 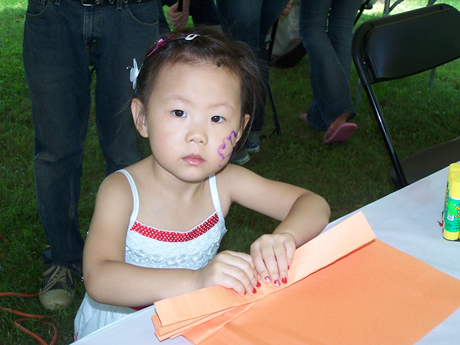 Peace Pals International had many crafts for children of all ages. Community members joined in a colorful flag procession for each State in the USA to include its territories. In closing, Nathan Mandracchia sang a solo rendition of “America the Beautiful.” Later in the afternoon, flag bearers from the community gathered together in a colorful procession as they waved 192 nation flags, Fumi Johns Stewart, led the prayer, May Peace Prevail On Earth followed by the name of each nation throughout the world.  The song A Call To Peace accompanied this very special flag ceremony, which was written and played by local pianist, Chris Farrell. 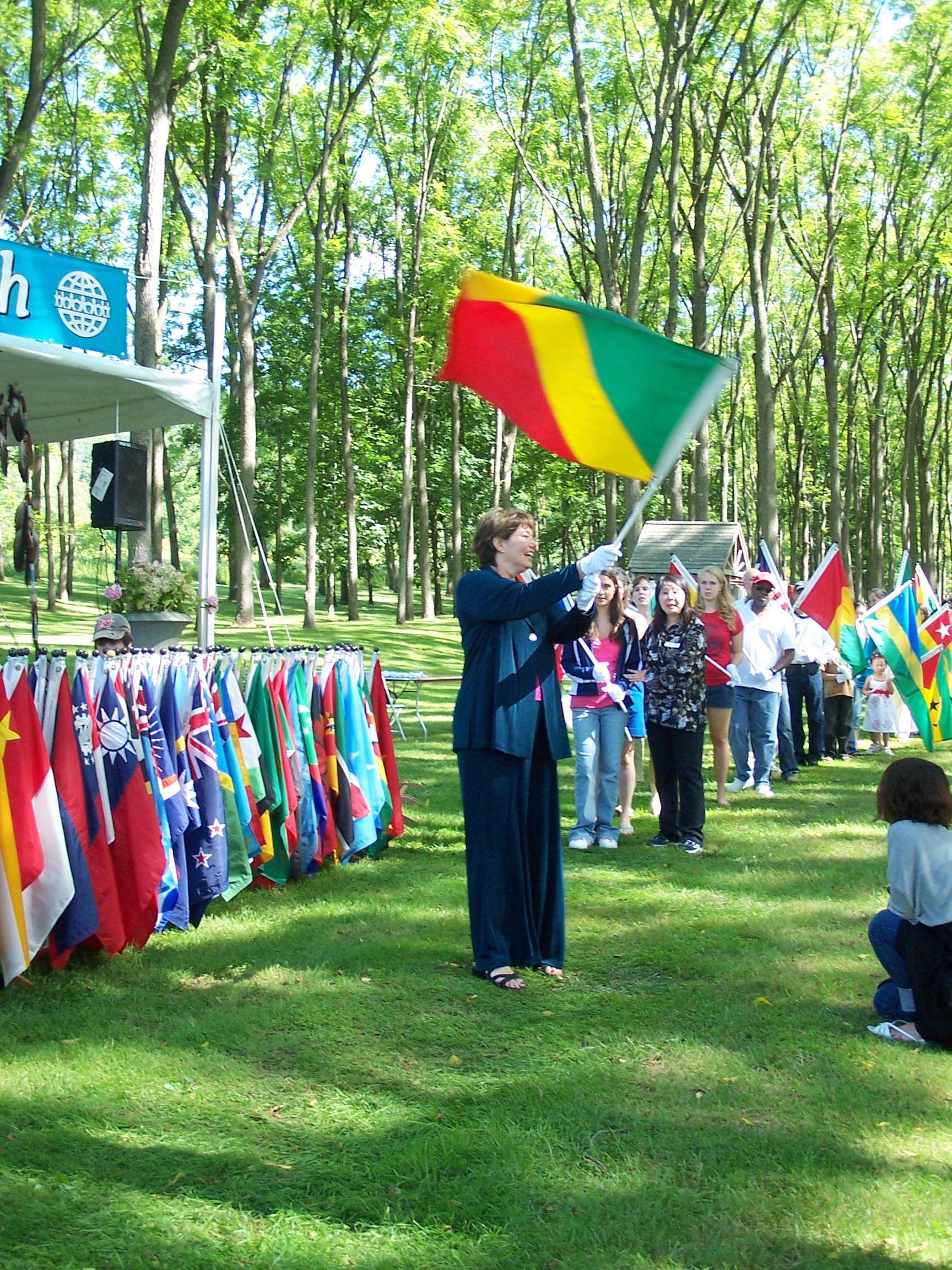 Some special features of the festival this year included the attendance of the leadership of the WPPS from Japan. Chairperson, Masami Saionji, President, Hiroo Saionji and Vice President, Rika Saionji participated in the day’s events. 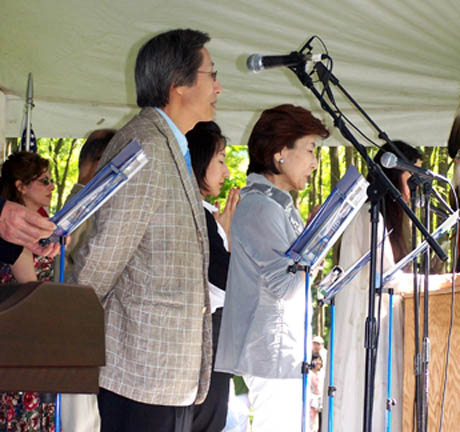 The Saionji's pray during The World Peace Prayer and Flag Ceremony.

They also helped in anchoring a recycled Peace Pole (material used from milk and water jugs, detergent bottles, and other similar house hold items) that serves as a time capsule to be unearthed in 2058. During the day, messages and mementos were offered by members of the community and placed inside. The Recycled Peace Pole, an exclusive prototype of The World Peace Prayer Society, has officially joined the network of tens of thousands of Peace Poles planted in every country throughout the world! 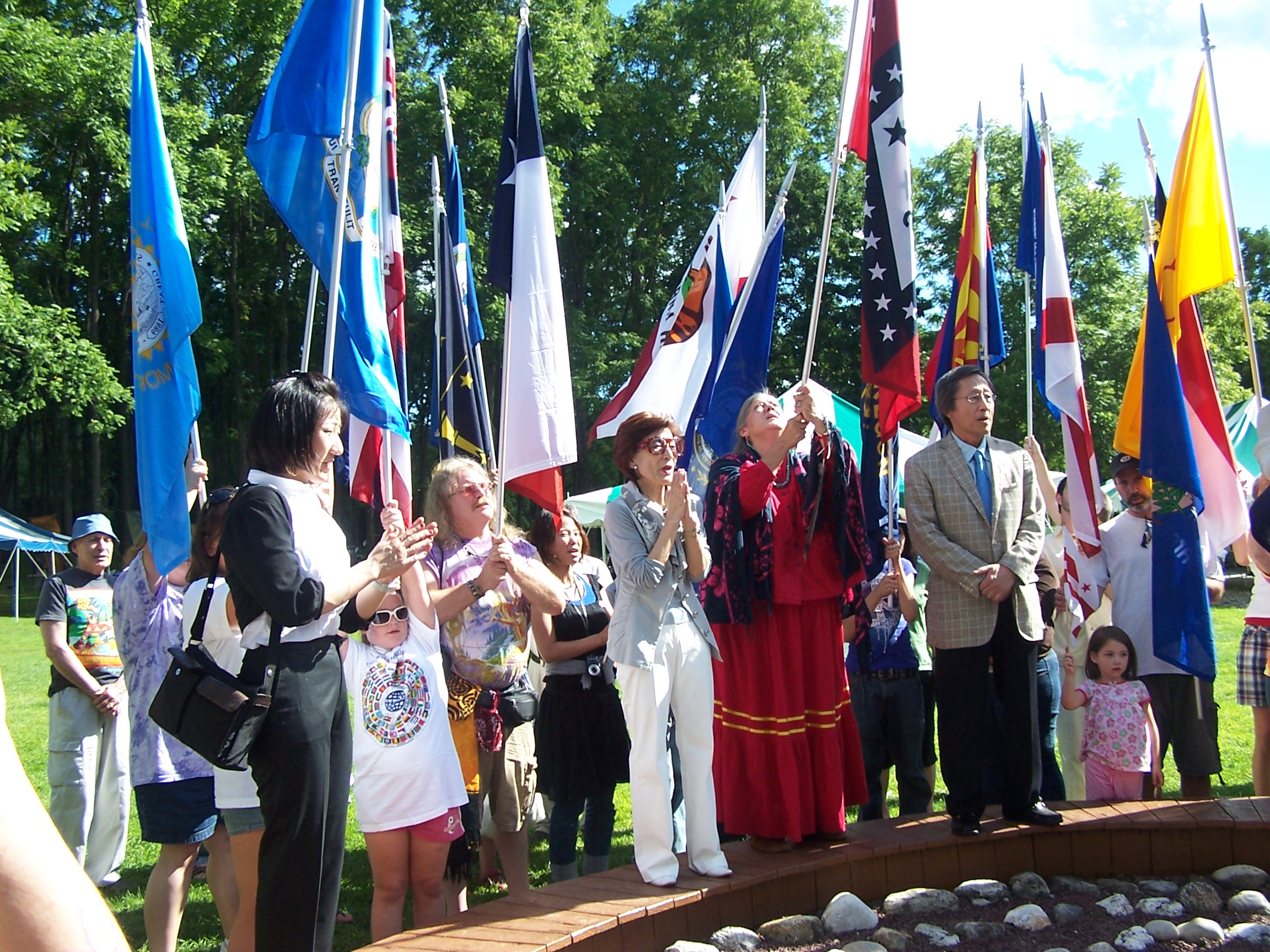 The Saionji's, special guests and visitors show support during the Time Capsule planting. 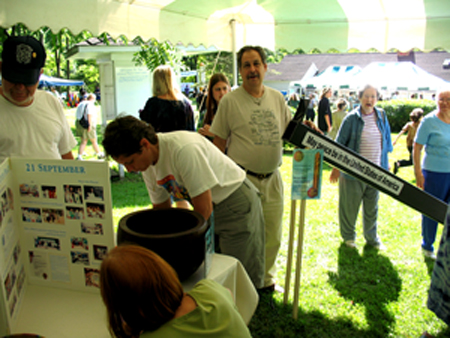 All guests were invited to put a message or memento into the Time Capsule. 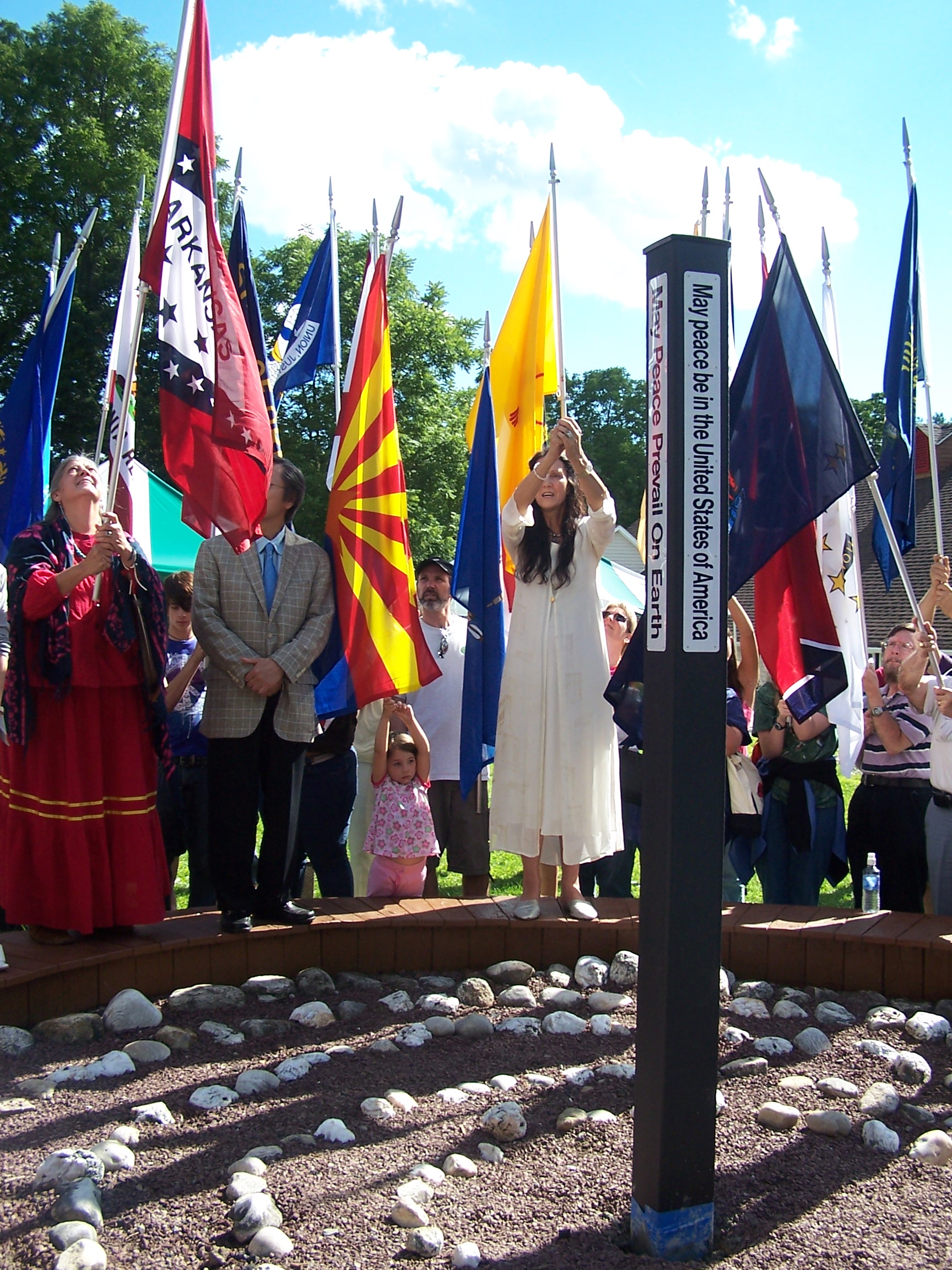