Mr. Herr, who lives outside Munich, learned about the Peace Pole Project during a public speech given by The World Peace Prayer Society’s Chairperson, Mrs. Masami Saionji, in March 2008. Immediately, he ordered a Peace Pole from the German Peace Pole maker and planted it in the garden of his weekend home. The garden is on a popular bicycle route to one of Munich’s recreation lakes and can be seen by people passing by. The planting took place during a lovely April day.

Posing for the photograph are Mr. Herr’s friends from Spain, Iran and Germany. 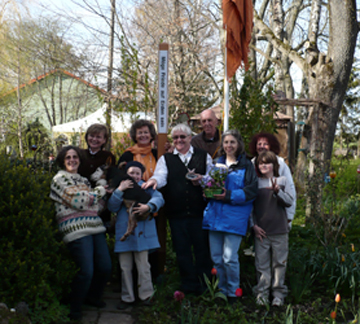