One person can mobilize so many others. 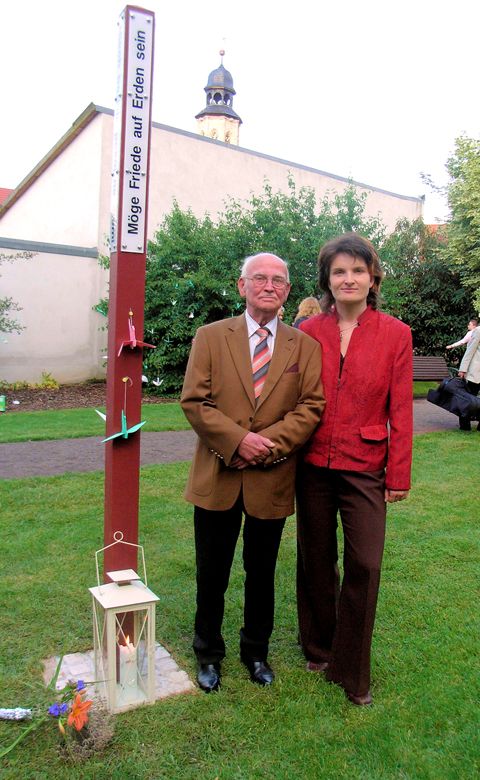 Mrs. Hasskerl-Schilling works as a tour guide in her town and spent much of her spare time  in the last 12 months on the idea “a Peace Pole for Bad Langensalza.”
She received support from many local groups, including the local high school that
disseminated the information about The Peace Pole Project through the school’s website and invited the press to inform the public.
Assistance came from the “Office for Nature & Town Development” and
other town members.
On June 22nd, 150 town inhabitants participated in a moving ceremony, during which a Peace Pole was planted in a central little park next to the Gottesacker Church. The Peace Pole Dedication Ceremony was televised and local newspaper journalist wrote about it.  Guests were especially moved when senior Mr.  Röhn read the words, May Peace Prevail On Earth in Hebrew.  Mr. Röhn survived the concentration camp in Auschwitz.