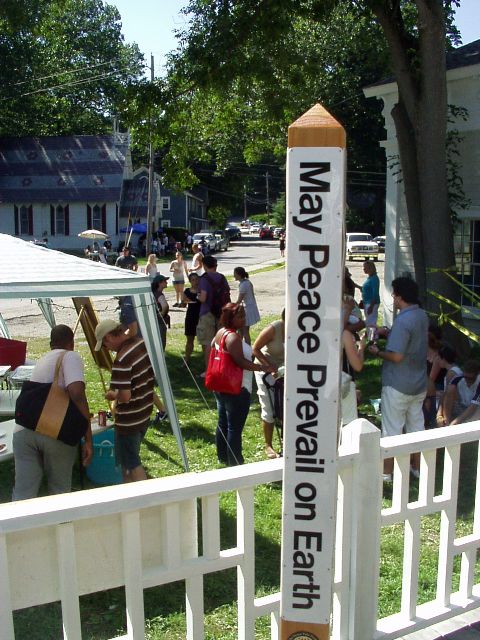 The Wassaic Project’s founders, Eve Biddle, Elan Bogarin and Bowie Zunino, are all 27-year-old artists and friends who were raised in the East Village in New York City. Together, they organized the 4 day event, featuring 75 artists, several film screenings and readings, and 25 bands, including an ‘open-air funk opera.’  The event was held in the newly renovated building, historically recognized as the original Borden Milk Factory.

In the nearby auction ring, where art films are now screened, hand-painted signs still announce the commissions for various livestock (cattle and calves, 5 percent; hogs, goats and sheep, 10 percent).  Nestled in the Harlem Valley, this charming and historical village houses a post office, an old time tavern and general store. The stillness outside is punctuated only by the occasional sound of the Metro North train, which runs every two hours to and from NYC.