The 250th Anniversary of Robert Burns birth was on 25th January 2009. He is Scotland’s National Bard and wrote the numerous songs including the world famous Auld Lang Syne. He lived in Dumfries and also at Ellisland Farm, which is only two miles from Allanton Sanctuary.

A big celebration was held in Dumfries to mark the occasion and to begin “2009 The Year of Scotland’s Homecoming.”  All the people around the world who have ancestral roots in Scotland are invited to come home to visit Scotland this year!!!!

A big lantern parade was organised with over 17,000 people. Allanton Sanctuary staff and volunteers made a big world lantern 1.5 meters in diameter.  It was made from willow and tissue paper.   It had May Peace Prevail On Earth written across one side and a quote from Robert Burns on the other side. It took four people to carry it but it was great fun to be part of the parade. 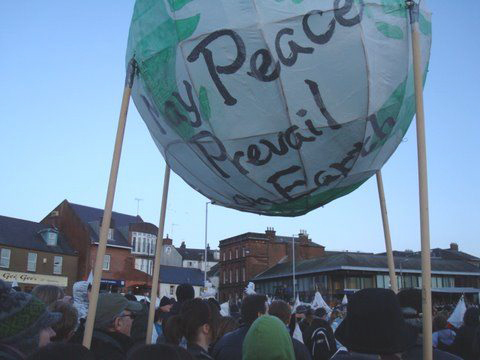 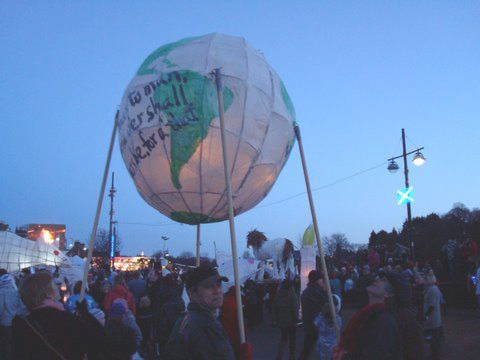