On September 15th, 2017, the United Religions Initiative (URI) observed the International Day of Peace with a World Peace Flag Ceremony at our Global Council and Staff meeting in Sarajevo, Bosnia and Herzegovina.  The event opened with Amb. Mussie Hailu introducing the International Day of Peace video message from UN Secretary-General António Guterres.  URI founder,The Right Reverend William Swing, read The Nuclear Prayer that he originally wrote for our Voices for a World Free from Nuclear Weapons Cooperation Circle. (The prayer can be found at www.nuclearprayer.org.) 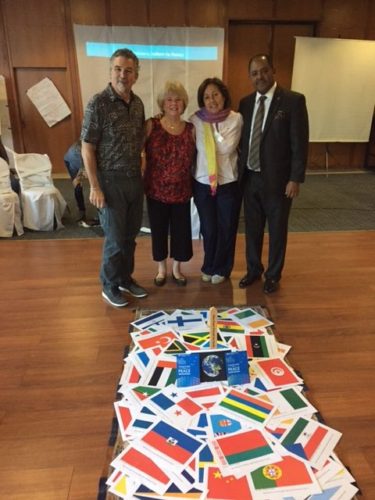 The flags were presented by 80 people from 40 different countries and displayed around a Peace Pole to create a sacred place in the center of our meeting space.   “May Peace Prevail on Earth” was sung together to open, close and to take time to pray together during the ceremony. URI has cooperation Circles in 102 countries, so The World Peace Flag Ceremony connected our meeting to our members and to the UN observance that was also held on September 15th. 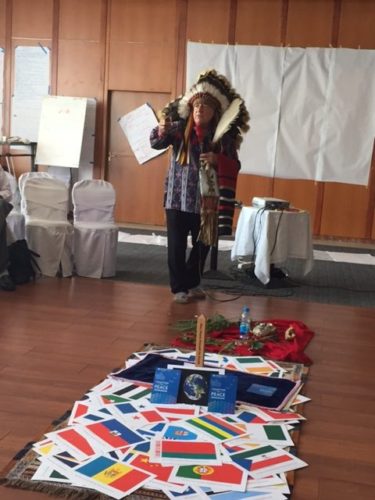 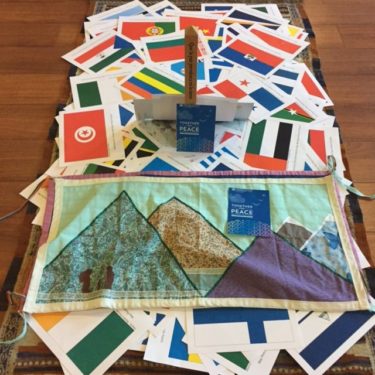 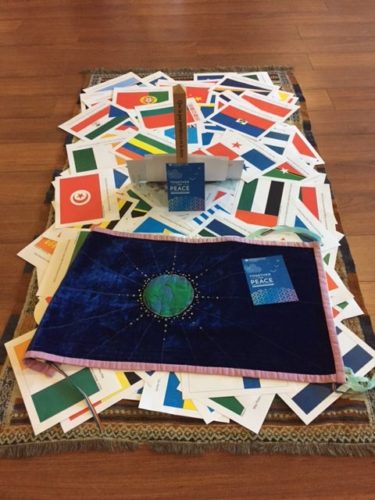 May Peace Prevail on Earth,
Monica